Censors are always looking for fresh opportunities to censor. So they relish moments of ideological ferment, antagonism, and intemperateness. At such times, people are more susceptible to moral panic and likelier to silence opposing views. We are living through such a moment now, with neo-Nazis, Communists, and various other haters and cranks on the march, both in the streets and online. That’s why open societies should be doubly vigilant against efforts to restrict free expression.

One such effort got underway this week in England, where the Crown Prosecution Service (CPS) revised its guidelines to prosecutors regarding “hate crimes.” Director of Public Prosecutions Alison Saunders on Monday announced the new guidelines in an op-ed in the Guardian newspaper, and British civil libertarians have good reason to be alarmed.

Writing with that unmistakable tone of hauteur common to crusading bureaucrats, Saunders didn’t disguise the fact that prosecutors in England and Wales–Scotland and Northern Ireland have their own prosecution services–will now be in the business of going after people for airing unacceptable viewpoints. “People all over the world are questioning how those in positions of power can counter the kinds of extreme views that are increasingly being aired,” she wrote, “and how societies might do more to prevent such opinions from gestating in the first place.”

There is no easy answer to the problem, Saunders suggested. Then she went on to provide one: treating “online hate crimes as seriously as those committed face to face.” Put another way, the fellow who drunkenly throws racist barbs on Twitter may now face prosecution as vigorous as the neo-Nazi who vandalizes a synagogue or mosque with pig’s blood. The most senior prosecutor in England and Wales has expanded the definition of hate crime so far as to proscribe almost any disagreeable or uncivil statement.

The country already has malicious-communication laws and other provisions against online harassment and abuse, and these are strictly enforced. Last month, for example, a British aristocrat was convicted of malicious communication and sentenced to 12 weeks in jail for offering £5,000 ($6,417) to any of his online followers who would run over anti-Brexit campaigner Gina Miller. In December an English blogger was convicted of racially aggravated harassment for helping direct a campaign of anti-Semitic abuse at a Jewish MP.

Under rules promulgated in 2014, moreover, police are required to investigate hate-crime allegations “regardless of whether or not those making the complaint are the victim and irrespective of whether or not there is any evidence to identify the hate crime incident.”

That resulted in Home Secretary Amber Rudd being investigated for hate over a speech she delivered at last year’s Tory party conference, in which she railed against foreigners “taking jobs British workers could do.” An Oxford physics professor was so offended that he lodged a criminal complaint. The police declined to investigate, but they recorded the matter as a “non-crime hate incident.” (Ironically, Rudd, who represents the nannyish wing of the Tories, endorsed the 2014 rule change.)

Now the CPS intends to take things further by applying the subjective definition embedded in the hate-crime laws to online communications. In her op-ed, Saunders pooh-poohed free-speech concerns. “There are crucial provisions in law to ensure we do not stifle free speech, an important right in our society,” she wrote. Which ones? Saunders didn’t elaborate. She went on: “Hate is hate, however.”

Well, yes, but sometimes hate speech is also protected speech. And in an age of aggressive, and often aggressively stupid, political correctness, merely controversial or disagreeable speech can end up being framed as “hate.” The law and CPS’s guidelines turn heavily on the concept of hostility, which is defined as “ill-will, ill-feeling, spite, prejudice, unfriendliness, antagonism, resentment, and dislike.” It is hard to see how people in England can debate, say, the hot-button issue of transgender bathrooms without running afoul of Saunders’s law against “dislike.” 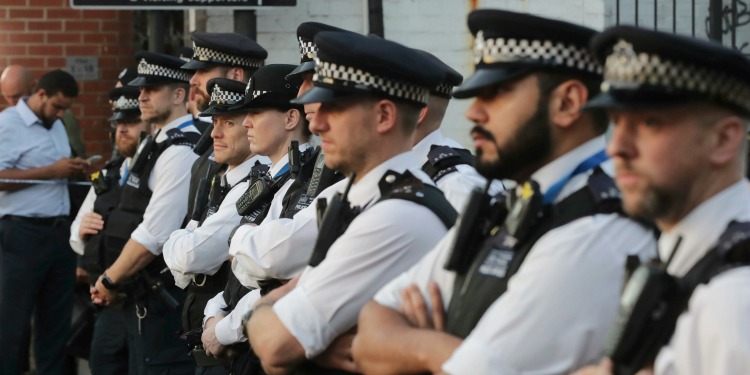