The firebombing of a synagogue in Gothenburg thrust Sweden’s anti-Semitism crisis into global headlines. For years, Swedish Jews have lived in fear of such violence, which is almost always perpetrated by the country’s large and ill-assimilated Muslim minority. According to a 2013 European Union study, four out of five Jews decline to publicly identify themselves as Jewish in Sweden–a damning indictment of a country that likes to portray itself as one of the Continent’s most tolerant.

Street-level thuggery isn’t the only source of the crisis. As if Molotov cocktails and mobs chanting “we will shoot the Jews” weren’t enough, Swedish Jews also find themselves pressed by the reigning securalism. The Swedish state is full of solicitude for Jewish citizens in the wake of anti-Semitic attacks. But it also seeks to limit their freedom to practice their faith.

Consider Rabbi Alexander Namdar and his six-year battle to homeschool the four youngest of his 11 children in Sweden. The rabbi and his wife, Leah, arrived in the country in 1991 as emissaries of the Chabad movement, and they founded its first outpost in Scandinavia. Their center now serves some 4,000 Jews in Gothenburg, offering religious education, holding prayer and holy-day activities, and promoting Jewish life and culture in the city.

When it came to educating their own children, the public system was out of the question. The public schools were religiously inadequate and, more important, physically unsafe for Jews. Private schools were no better. All schools, including “private” and religious schools, are government-funded in Sweden, and therefore required to accept all-comers. For the Namdars, then, homeschooling was the only way to ensure their school-age children’s security and the Jewish character of their education.

Yet Sweden amended its education law in 2010 to restrict homeschooling in all but “special circumstances.” The government was open about the purpose of the amendment. A commentary included in the text of the provision noted that

The Namdars ended up on the sharp end of the anti-homeschooling amendment soon after it came into effect. The local education board in Gothenburg’s Majorna-Linné borough summoned them in 2011 to a district court. There, they were fined for failing to send their children to public schools. The same year, a Swedish television documentary sympathetically portrayed the Namdars and the centrality of faith and prayer to their lives. “Now we have more questions than answers,” one official told the Namdars after the documentary was broadcast, and suggested that the religious character of their homeschooling was what made it unacceptable.

An intermediate court ruled in favor of the Namdars on appeal in 2012, but the Supreme Court overturned that ruling the following year. Local authorities launched a fresh case in 2014, with the initial hearing scheduled for the morning before Yom Kippur. The city eventually withdrew this second complaint over a technicality before lodging yet another complaint against the Namdars, this time seeking retroactive fines–applied per child, per week of missed of schooling, per parent–amounting to $120,000 in total. A hearing on this third case was heard on Dec. 1.

Throughout the litigation, the education board has never contested the quality of the Namdar children’s education. In addition to classes at home, the children take virtual courses offered by Chabad to children of emissaries in areas with limited Jewish-education facilities. Between their private and online classes, the children are getting a well-rounded, secular and Jewish, education.

Nor have municipal authorities been able to allay the family’s security concerns, which the Namdars argue fall under the special-circumstances exception to the anti-homeschooling rule. The city insists, however, that concerns about physical security and anti-Semitic violence don’t trigger the exception. It isn’t all that clear who would qualify for the exception; the rabbi thinks it might apply to child actors who frequently move for work.

“I can’t have my children in a school with radicals,” Rabbi Namdar said in a phone interview Wednesday. “But they don’t listen to that.” Officials have responded callously to his pleas, with one telling him last year: “Why don’t you leave the country?”

The municipality didn’t respond to my request for comment by deadline. The official zeal for rooting out religious homeschooling isn’t all that surprising when viewed against the backdrop of the country’s failure to integrate newcomers from Muslim lands. Swedes have good reason to worry about Islamist madrassas and other informal settings in which young Muslims are taught to hate the liberal society that has welcomed them. The city is going all out against the Namdars, I suspect, because it wants to make a show of applying the law uniformly and ruthlessly–as if to say: See, we don’t permit the Jews to homeschool, either!

But there is more to it than that. Nordic countries maintain narrow “opinion corridors” for acceptable ideas in the public square, and serious believers frequently find themselves locked out. Swedish authorities “don’t respect religion,” the rabbi told me. “They don’t understand that religion is part of your life. They see religion as a sort of hobby. And you either have a hobby, or you don’t.” Biblical religion is at best an amusing curiosity in this view and at worst a grave threat to secular order. The rabbi says this attitude is reminiscent of Soviet Communism, and I can’t disagree. 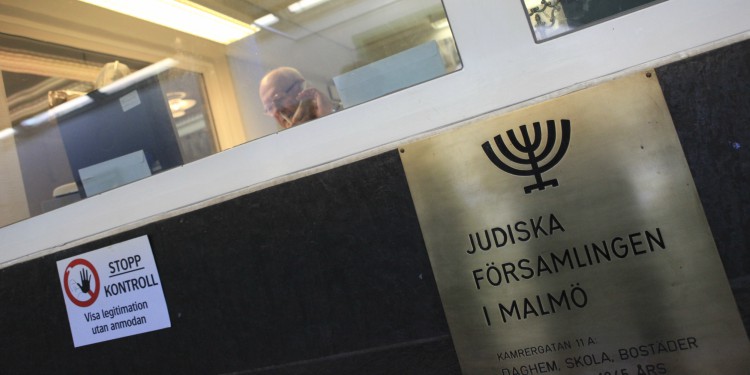