The frenzy over Brett Kavanaugh’s nomination to the U.S. Supreme Court has subsided, but the casualties keep piling up. Among them is William Rainford, the dean of the social work school at the Catholic University of America in Washington, who was suspended earlier this month for a tweet about Julie Swetnick, Kavanaugh’s third and least credible accuser.

“Swetnick is 55 [years old],” he wrote. “Kavanaugh is 52 [years old]. Since when do senior girls hang with freshmen boys? If it happened when Kavanaugh was a senior, Swetnick was an adult drinking with [and] by her admission, having sex with underage boys. In another universe, he would be victim [and] she the perp!”

Many others raised these same and other objections to her implausible account. As I wrote in the New York Post at the time, “the [Swetnick] document is pockmarked with elisions, more notable for what it doesn’t say than what it alleges about President Trump’s Supreme Court nominee.”

The declaration was seemingly designed to place Kavanaugh in proximity of grave wrongdoings—“trains” of boys lining up to rape young women—without ever directly accusing him of any clear wrongdoing. Nor could Swetnick account for why she kept going back—at least 10 times—to parties where the drinks were allegedly spiked and the girls allegedly gang-raped. Nor could she explain the age disparity Rainford had identified. Then came Swetnick’s NBC News interview, which saw the utter collapse of her claims and credibility.

Even some Democrats eventually concluded that Avenatti hurt the anti-Kavanaugh cause by airing such unsubstantiated and vague allegations.

So why is Rainford in hot water? Well, as the dean himself has conceded, he was wrong to use his official account to make the remark. He would probably be in a better spot today had he used a personal account to say the same thing. Rainford took responsibility for the misstep and accepted Catholic University President John Garvey’s decision to suspend his deanship for the rest of the semester (though he continues to teach).

But the activists won’t relent. Campus sources describe a concerted, systematic campaign to push Rainford out of the dean’s job, using every procedural trick afforded by the campus administrative code to force Garvey’s hand. The activists, mainly in the social-work school, have lined up testimonials and petitions suggesting that Rainford’s single tweet has permanently and irrevocably damaged their career prospects. They’ve also drawn up resolutions arguing that Rainford’s tweet somehow violated the social worker’s code. The real aim seems to be to send a message to every conservative on campus about the ideological balance of power.

It’s worth contrasting Rainford’s fate with that of Carol Christine Fair, a political scientist at a different Catholic university, Georgetown, who at the height of the Kavanaugh brouhaha fantasized on Twitter about murdering and castrating Republicans. Georgetown’s initial response was to assert Fair’s freedom of speech and bat away all objections. The university eventually relented and suspended her from the classroom, though she remains affiliated with Georgetown in a researcher’s capacity.

What the Rainford-Fair contrast reveals is that liberalism is the least liberal force in American academic life. The liberalism on display in the effort to destroy Rainford is a mean-spirited, insecure, Nurse-Ratched-style ideology that forgives no offense against its precepts, even after the offender has repented.

And remember why Rainford has been targeted for professional defenestration: for stating the obvious and making claims that were subsequently vindicated in the public sphere. Telling obvious truths is now a professional hazard to American scholars. 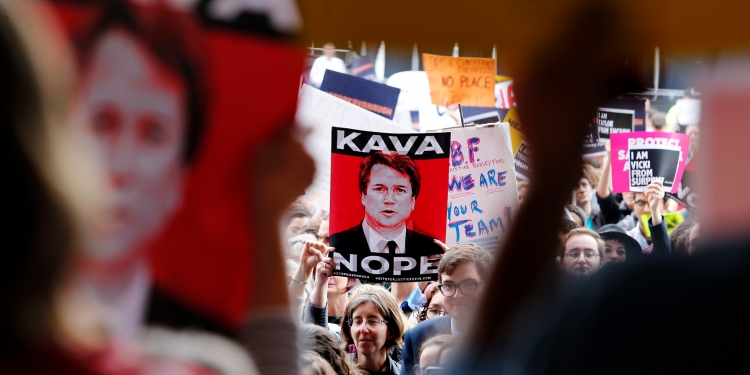