Donald Trump, the president whom Vladimir Putin supposedly installed in the White House, just dealt a heavy blow to Russia’s war effort in Ukraine. The U.S. government on Monday confirmed that it had delivered a cache of lethal defensive weapons to the Kiev government to help it fend off Russian aggression in eastern Ukraine. That’s according to Radio Free Europe/Radio Liberty, which reported that the shipment included 210 Javelin anti-tank missiles as well as 37 Javelin launchers. Trump, in other words, did right by Ukraine. By contrast, his predecessor resisted arming Ukraine to the last day of his administration.

If Trump is a servant of the Kremlin, he is a most disobedient one, indeed. The Javelins are likely to prove especially painful for Moscow, since they will allow the Ukrainians to impose a heavy cost on the Russian-backed “rebels” (really, Russian army operatives in disguise) in the east. Ukrainian President Petro Poroshenko was no doubt hoping to get more of them. When I interviewed him in 2015, he asked for 1,240–the number of nuclear warheads Ukraine gave up after the Cold War in exchange for American, British, and Russian guarantees of its territorial sovereignty. Still, he is better off than he was under Barack Obama, who offered Kiev only nonlethal assistance, including Humvees, night-vision goggles, and ready-to-eat meals.

Arming Ukraine is good policy. It reaffirms America’s commitment to stand by its friends and defend Europe’s eastern periphery from Russian aggression. And it sends the message that Moscow can’t gobble up sovereign European territory without paying a price. Barack Obama repeatedly failed to telegraph that message to Moscow, inviting further Russian aggression that included the Kremlin’s attempt to interfere in the 2016 election. Now Trump is reversing those humiliations. Just don’t expect Democrats and Never Trumpers to give him credit for any of this. They have their fevered narrative, and they are sticking to it, no matter how much the facts change. 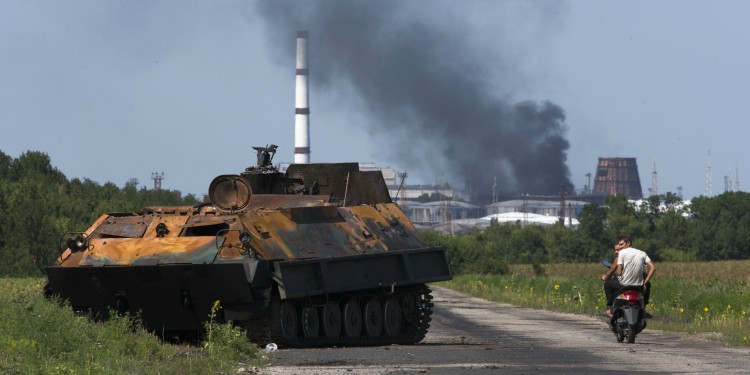