The State Department on Thursday announced America’s withdrawal from the United Nations Educational, Scientific and Cultural Organization. As with everything that President Trump does, the move provoked journalistic anger and agony. Prepare for years of sob stories about UNESCO heritage sites neglected and aspiring developing-world scientists unfunded, all due to Trumpian unilateralism.

Yet this was a sound and overdue step that will help advance peace and U.N. reform.

In its statement, the State Department cited “continuing anti-Israel bias” at UNESCO, among other things. The Paris-based agency is far from the only U.N. outfit to single out the Jewish state for opprobrium. But UNESCO’s anti-Israel stances have been egregious even by this global body’s debased standards, especially since 2011. That was the year the Palestinian Authority sought and won admission to UNESCO as a full member-state. As Jonathan Schanzer of the Foundation for Defense of Democracies told me, “The Palestinians targeted UNESCO early as part of their Palestine-194 strategy”–the PA effort to win recognition as a state in U.N. halls rather than through talks with Israel. “UNESCO has played a role in this strategy, and it isn’t done yet.”

The Obama administration denounced the PA’s admission, with then-State Department spokeswoman Victoria Nuland calling it “regrettable, premature” and harmful to “our shared goal to a comprehensive, just and lasting peace.” Washington cut off American dollars for UNESCO under a Bill Clinton-era law that prohibits the U.S. government from funding any U.N. agency that admits a non-state as a member. American funding, once accounting for more than one-fifth of UNESCO’s budget, hasn’t been restored since 2011. The agency has lost out on some $600 million as a result.

UNESCO only doubled down on its anti-Israel agitation in the years that followed, however, passing a raft of resolutions that denied the Jewish (and Christian) connection to Jerusalem and other holy sites in Israel.

A resolution on Jerusalem passed in May described Israel as the “occupying power,” denying the Jewish state’s claim to its own capital. Another Jerusalem resolution, approved last year, referred to the Western Wall and the Temple Mount by their Muslim names only. The agency thus attached the U.N.’s name to the odious Arab project to de-Judaize the City of David. That move prompted then U.N. Secretary-General Ban Ki-moon to distance himself from “any perceived undertaking to repudiate the undeniable common reverence for these sites.” Even UNESCO’s left-leaning chief, Irina Bokova, criticized the text.

Yet anti-Israelism and–it must be said–anti-Semitism are part of UNESCO’s diplomatic culture. When, in July this year, Israel’s ambassador to UNESCO called for a minute of silence for Holocaust victims, Cuba’s envoy objected: “Only the Chair can request a minute of silence. So with your indulgence, let me request Mr. Chairman, that we stand for a minute of silence for all of the Palestinians who have died in the region.” Footage of the scene, available on the website of the indispensable U.N. Watch, shows numerous delegates standing up and clapping in favor of the Cuban motion.

It was this black record that impelled the Trump administration to withdraw from UNESCO. The decision, by the way, is not without precedent. President Carter withdrew the U.S. from the International Labor Organization for three years and didn’t rejoin until the ILO took steps to reform itself. The Reagan administration in 1983 pulled the U.S. out of UNESCO over its “hostility toward the basic institutions of a free society.” President Reagan was worried about a creepy UNESCO proposal to have the agency and its authoritarian members license and regulate foreign reporters. Washington returned to UNESCO in 2002, under George W. Bush.

By withdrawing from UNESCO (once more), the Trump administration is sending an important message to the U.N. mandarins: that America doesn’t have infinite patience for international institutions that function as platforms for Jew-hatred. Long before Donald Trump came on the scene, that used to be a bipartisan American position. 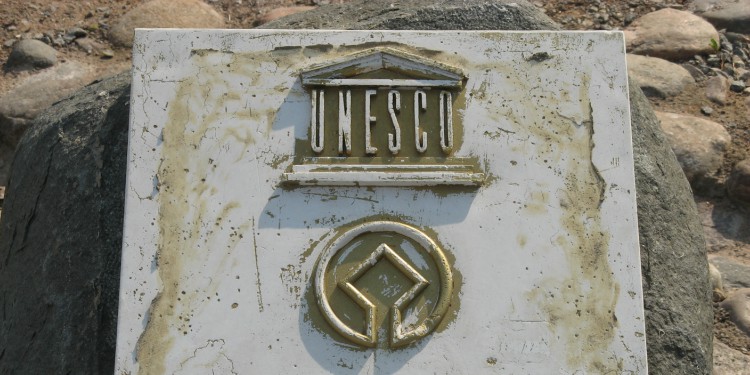