Choose Your Plan and Get Commentary However You Like It:

It’s notorious, and true, that government officials hardly read anything. Memos, sure; nowadays, emails and tweets as well. But magazines? People barely have time to eat lunch or see their kids, so how can an intellectual monthly affect public affairs? The question is a good one. How did COMMENTARY do it? The answer is that officials, like all citizens following American foreign policy, need a way to understand the world around them. When prevailing theories fail, when conventional wisdom is clearly at variance with what they see before their eyes, the outcome for senators and congressmen and White House officials is what the shrinks call cognitive dissonance. They may say one thing but believe another, or simply be unable to square previous beliefs and policies with the clear effects of U.S. conduct. They’ve lost the ability to explain the world. And then came COMMENTARY, offering month after month of piercing, bracing analysis—and value judgments of right and wrong, and clear writing about American gains and losses. Here was an insistence on looking reality in the face. Here was plain argument, seeking no quarter intellectually and giving none. And it mattered. It shamed some people, and emboldened others; COMMENTARY demanded that we conform policy to the opportunities and dangers that really faced America. In years of confusion and obfuscation, that striking clarity changed policies, and changed American conduct, because it changed the way we understood the world. 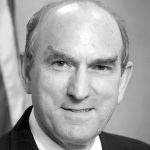 Irving Kristol once called COMMENTARY the most influential magazine in Jewish history. Certainly, no publication had a greater influence on me as I evolved from adolescent reader (arguing over its articles with my father and older brother) into a “frequent contributor” who made it my intellectual home. The magazine did not exploit American freedom to escape from civilizing duty but rather activated the intertwined responsibilities of citizens and members of a group. American Jewry can boast of many contributions to the welfare of this country and the Jewish people, but few as fortifying as COMMENTARY. 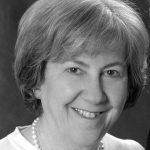 For more than 60 years, COMMENTARY has been a go-to source on matters of the greatest importance to our nation and our civilization. Today, its full-throated defense of the United States and freedom is as eloquent as it was a half-century ago, and no less urgent. Issues of the day will change, news cycles come and go, but COMMENTARY remains an indispensable authority in the battle of ideas that help to shape our world. Its continued success is both an indication, and source, of the country’s intellectual health. 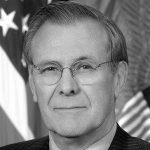 There’s an enormous amount of shouting in the wild west of conservative media. That has its place, and is often a sign of the energy on the right. But amidst the cacophony there’s a special need for serious, considered, and compelling argument, presented in the hope of persuading, not just punishing. This is where COMMENTARY has always shined, perhaps more now than ever before. It aims to tackle the best arguments of its intellectual opponents, not just the easiest targets. It’s a journal I’ve read for nearly 30 years and I can’t think of a time when I’ve valued it more. 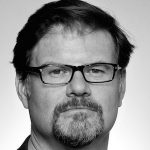 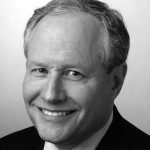 Every month in print, and every day online, COMMENTARY somehow manages to pull off a dazzling balancing act: intellectual but unpretentious, serious but never boring, timely but not fleeting. On the leading questions of the day, it offers fresh and unfamiliar insights. And on the emerging questions that will dominate the years to come, it often sees things first and clearest. It is simply indispensable. 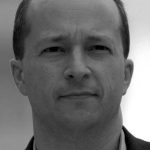 COMMENTARY is America’s most important monthly journal of ideas, period. For nearly seven decades it has published the best and most exciting writing from the most important thinkers: Saul Bellow and Lionel Trilling; Daniel Patrick Moynihan and Jeane Kirkpatrick; Paul Johnson and Ruth Wisse; Cynthia Ozick and—of course—Norman Podhoretz and Midge Decter. Is there anything remotely like it? No. It is the lamp by which America, and Israel, and the Jewish people, may find their way to safety. I’m proud to be published in its pages. 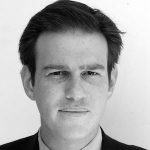 COMMENTARY has played an invaluable role in American political discourse for decades, offering thoughtful analysis on issues rather than sound bites or bumper stickers. Especially when it comes to U.S. foreign and defense policy, COMMENTARY has time and time again been ahead of the crowd, anticipating trends and developments that others react to only after the fact. I can’t imagine not being a COMMENTARY subscriber. 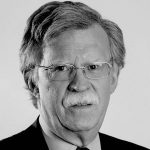 COMMENTARY has become my new go-to website for news analysis because it is measured, substantive, thoughtful, and written for news consumers of all shapes and sizes. When juggling all the issues of the day and thinking them through, I find myself going back to COMMENTARY again and again to see if there’s anything more that can help me add the ingredients needed to finalize an argument. I like the mix of foreign policy and national political news, as well as the discussions about America’s place in the world and what it should be. I’m a print subscriber and a frequent website visitor, and I follow all of the writers on Twitter. Thank you, COMMENTARY, for providing such consistently helpful content. 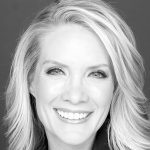 Edward Shils noted that there are four means of education in the modern world: the classroom, bookstores (especially used-bookstores), the conversation of intelligent friends, and intellectual magazines. For me intellectual magazines were more important than any of the other three, and no magazine among them more so than COMMENTARY. I first happened on COMMENTARY as a student browsing in the University of Chicago Bookstore in 1957. I have not missed an issue since. The magazine spoke to my intellectual interests and passions, and still does. As a reader and as a writer, I should be lost without it. 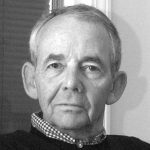 Anyone looking for a definitive exposition of a significant historical moment—whether UC Berkeley’s Free Speech Movement, say, or the battles over “general education” at Harvard—has at his fingertips an inestimable gift: COMMENTARY’s archives, which contain countless gems of reporting and analysis. Today’s generation of COMMENTARY writers is building an equally invaluable store of knowledge for future researchers and scholars. 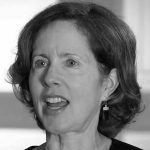 Why does COMMENTARY matter? Since 1945, no other monthly magazine has so consistently published serious, provocative argument and analysis. No other monthly magazine has viewed America and the world through such a wide angle, encompassing economics, politics, society, culture, religion, and diplomacy. No other monthly magazine has published such a celebrated and wide-ranging list of editors and contributors. Cerebral, critical, and committed, the point of view found in its pages is as unique as it is formidable. And in a world of Iranian nukes, rising anti-Semitism, radical Islam, American disarmament, bipartisan neo-isolationism, and disintegrating institutions, reading COMMENTARY is more than a pleasure. It is a necessity. 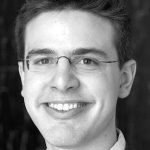 If at any time you are not completely satisfied, you will be refunded the un-served portion of your subscription. You may cancel at any time.

PayPal & Apple Pay also accepted. Your transaction is secured by a 126-bit-key encryption, and none of your financial data is stored on our servers.

Get commentary Digital Now
Or get Print-Digital Now