Ever since the results of last week’s Brexit referendum were announced, commentators on both sides of the Atlantic have been oscillating wildly through the stages of bereavement. Shock and denial came first as pundits, politicians, voters, and bookmakers could not believe the outcome. Then came anger, with members of the “Remain” camp lashing out against “Leave” voters for their stupidity, atavism, chauvinism, and even insanity. Then came the inevitable bargaining: What if Scotland and Northern Ireland stay in the European Union by seceding from the United Kingdom? Better still, why don’t we have a “do-over” referendum on EU membership? Depression may eventually set in and, in time, acceptance; but for now, a collective reality check is in order.

Britons did not vote to reject cultural, economic, historic, or geographic Europe. They voted to reject regulatory Europe. They voted to reject a bureaucracy that seemed to them bloated, distant, ineffectual, and unaccountable—a bureaucracy that regulates the importation of bananas with greater vigor and coordination than that with which it responds to existential crises. The EU’s failure to persuade a majority of British voters of its own utility, much less its necessity, during the referendum campaign is symptomatic of the deep institutional defects that helped produce the exit vote.

However, the referendum is just the beginning of the road. What lies ahead will be determined by political and legal processes. The referendum is not self-executing, so the responsibility for negotiating the terms of British exit will fall upon Downing Street and the Foreign and Commonwealth Office. This will require political leadership, which is now in flux; but the path ahead is clear under the Lisbon Treaty.  Article 50 reserves to member states the right to withdraw from the EU.  Under it, the British government must tender formal notice of withdrawal to the European Council. (This may not happen until October when a new Prime Minister is elected and a new cabinet constituted.) The UK and the Council will then have two years’ time to negotiate an agreement concerning withdrawal and laying out the basic terms of the future relationship between them.

Much like a couple that is going through a divorce, the EU and the UK will have to renegotiate the terms on which they deal with one another. Matters of common concern–including finance, commerce, migration, travel, and law enforcement–will all be on the negotiating table. Some issues will naturally be more controversial than others, but the UK will be in a position to cede as much or as little authority to Brussels as it wishes. In a sense, this represents a return to the diplomatic origins of the EU.  After all, the European Union did not originate as a super-sovereign but as a loose community of international organizations structured around sectorial integration (namely, the European Coal and Steel Community, the European Atomic Energy Community, and the European Economic Community.) In fact, the EU did not even come into existence until 1993. Yet to listen to university-aged “Stay” supporters–and 75 percent of British voters 24 and under were “Stay” supporters–one would think that it had been part of British identity since time immemorial.

It is hard to dismiss this as mere naiveté because international organizations enjoy high such regard in British universities. At least, this is what I observed from 1999 to 2002 when I studied legal and political theory in England as a British Marshall Scholar. To many of my law professors, the European Union was a mark of political evolution. It was proof that the tribalism of the Westphalian system was yielding to utopian transnationalism. Global political integration was inevitable, and the nation-state was already withering away like a vestigial organ. “We are on the march,” one of my professors at Cambridge would often say, but he never quite explained to where.

It is in this respect that the referendum results are most significant. The decision to leave is a vote of confidence in the Westphalian system. It is a reaffirmation of the nation-state as the central unit of political authority at a time when experiments in transnationalism are failing to respond adequately to international challenges. “Remain” or “Leave,” it is now clear that a substantial number of people in Britain, France, Germany, and the Netherlands see the nation-state as their last best hope for effective self-governance.

Justice Minister Michael Gove, a leading voice in the “Leave” campaign, has likened the UK’s decision to leave the EU to America’s decision to declare independence from Britain. There is a certain rhetorical appeal to this analogy, but Britain will part company with the EU far more peaceably than it did with the American colonies. The Brexit referendum is revolutionary in the same way that England’s Glorious Revolution of 1688 was revolutionary: it is a bloodless revolution, a constitutional revolution. There will be no armies and no pitched battles–just reform in the spirit of Britain’s unwritten constitution.  The power to make laws will reside not in Brussels but with the Queen-in-Parliament, as it has for at least 700 years. 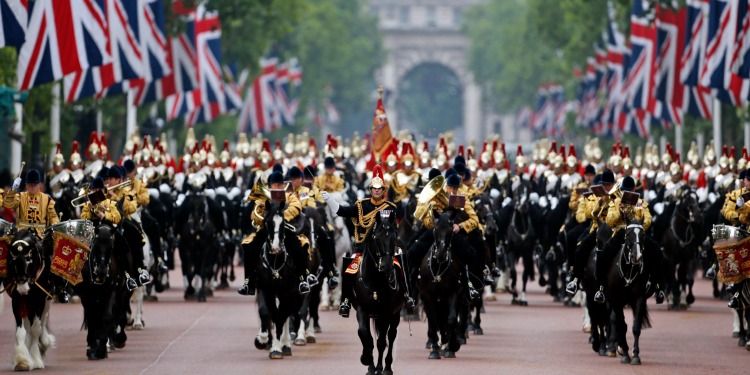 Tara Helfman is of counsel at the law firm of Ellis George Cipollone in Washington, D.C. The views expressed in this article are her own.