Yesterday evening, thousands of angry protesters demonstrated in the streets of London to call for the subversion of democracy in Britain. These weren’t far-right fascists but young, middle-class, center-left Londoners who have now become the foot soldiers of a much wider campaign to try and have Britain’s Brexit vote dismissed. It seems that for an entire generation, and some in Britain’s political establishment, the basic principles of the democratic process are an anathema. Indeed, in recent days all kinds of unconstitutional mischief has been afoot as politicians, journalists, and commentators have engaged in sophistry in an attempt to have the will of the electorate discarded.

Within hours of it becoming apparent that the British people had voted to cut their country free from Brussels, the online activism to get this decision reversed had already begun. One popular petition that has already received more than 4 million signatures calls on the government to retroactively mandate “that if the remain or leave vote is less than 60 percent based a turnout less than 75 percent there should be another referendum.” Conveniently for the petitioners, turnout in the Brexit referendum was 72 percent. Others are promoting a letter-writing campaign to members of Parliament demanding that they act unilaterally to block Britain’s withdrawal from the EU.

These initiatives seem to have resonated with young voters, who have taken to social media to vent their rage at the outcome of the referendum. The irony here being that voter turnout among 18- to 24-year-olds was a mere 36 percent. It’s rather less than admirable to leap into campaigning upon discovering that the side you passively favored has lost.

Remarkably, this approach to the workings and virtues of democracy is not only manifesting among the youth but also in some of Britain’s more seasoned politicians. Michael Heseltine, Margaret Thatcher’s old rival, has also come out in favor of having a period of negotiation with Europe followed by a second referendum or further elections. Of course, back in February, Prime Minister Cameron already attempted to renegotiate the terms of Britain’s EU membership. But those running Brussels are so deeply wedded to their vision of a European superstate that they conceded next to nothing and, in doing so, sabotaged Cameron’s chances of persuading Brits to vote Remain.

All the talk of a second vote seems reminiscent of referendums that took place in Ireland and Denmark. In those countries, voters also rejected handing additional powers to unelected officials in Brussels. In each case, proposed reforms were tweaked a bit before voters were sent back to the polls a second time and instructed to return with the “correct” answer.

More outrageous than the prospect of a second referendum is the suggestion that Parliament simply reject the referendum outright. The prominent Labour politician David Lammy has been claiming, for example, that the referendum was only “advisory.” In a television interview, Lammy referred to Briton’s voting to leave the undemocratic EU as “rule by the mob.” But in encouraging fellow parliamentarians to strike down the will of the people simply because he doesn’t like how they voted, it is David Lammy who is encouraging the mentality of the banana republic.

Perhaps the most problematic mischief maker of all has been Nicola Sturgeon, the leader of Scotland’s governing Scottish Nationalist Party. On Friday morning, as the Prime Minister announced his resignation and the markets scrambled amid uncertainty, Sturgeon looked to capitalize on the crisis by announcing that she will prepare legislation to initiate yet another independence referendum in Scotland. Never mind that Scots only just had an independence referendum in 2014, and the latest polling suggests most don’t want another.

By the weekend, Sturgeon had upped the ante and made the suggestion that the Scottish Parliament might vote to try and block the entire United Kingdom from leaving the EU—the justification being that most Scots voted Remain. But the truth is that out of 2 and a half million Scottish voters, more than 1 million voted for leaving. With the Brexiteers having won the vote by just 4 percent, it would be nonsense to claim the UK is being taken out of Europe on English votes alone. Without so many Scottish (and Welsh) Brexit voters the outcome would have been quite different.

The terrible irony in all of this is that many people voted to leave the European Union precisely because of just how unaccountable and undemocratic Europe’s institutions are. Now this democratic decision is under attack, too. All kinds of people are coming out of the woodwork who don’t seem to understand that in a democracy the will of the people, as expressed in a sanctioned vote, must be upheld, even if you believe they were misguided. Those challenging the referendum are now essentially arguing that the decision of the British people is so calamitous that for their own good it must be ignored.

London’s metropolitan liberals seem to think it an affront that the short-sighted British public should be allowed to hijack their cosmopolitan, post-nationalist dream. As they search for an excuse to overrule the referendum, they demonstrate the threat that those who believe themselves enlightened pose to those who simply wish to be free. 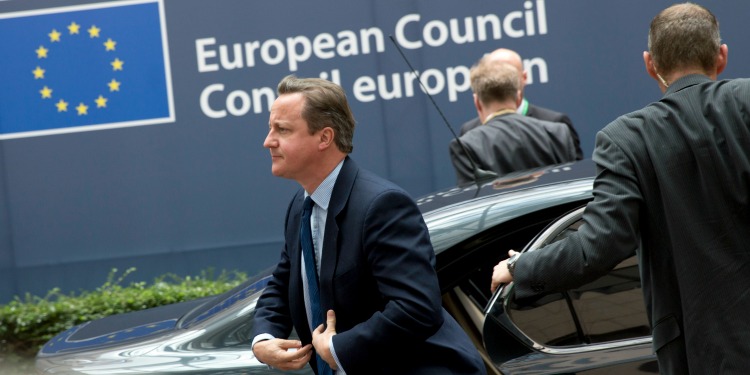 Tom Wilson is a British writer and political analyst. Formerly the Tikvah Fellow at Commentary Magazine, he is now Resident Associate Fellow at the Center for the New Middle East at the Henry Jackson Society.