Mercifully, from sundown today, the Israeli public will enjoy a respite from the constant bombardment of election polls before the country votes next Tuesday for the fourth time in two years.

All eyes, as always, are glued foremost to Likud numbers, which are the strongest signal we have as to which bloc of interests will have the best shot at forming a coalition: the so-called “right-wing bloc” or the “everyone else” bloc.

The former is anchored by Likud and reinforced by unflagging loyalty of the ultra-Orthodox parties, United Torah Judaism and Shas. The “everyone else bloc” is a hodgepodge of “Anyone but Bibi” parties on the right, centrists, and what remains of the Israeli left.

In addition to the Haredi parties, Likud can count on support from the recently renamed “Religious Zionist” party. It is led by an unholy alliance of party head Bezalel Smotrich, who represents a degree of right-wing-ness that leaves many a little trepidatious, and Itamar Ben Gvir, a supporter of the racist political ideology of Rabbi Meir Kahana, z”l.

In fact, Benjamin Netanyahu was so concerned that the splinter parties led by Smotrich and Ben Gvir would not attract enough support to cross the electoral threshold to sit in the Knesset that he convinced them to merge their interests into a single party. This, despite the fact that the two bedfellows are known to have a strong mutual loathing. But, together, there is no question that they will make it into the Knesset and ensure that not a single right-wing vote is wasted.

The anti-Bibi camp–which includes right-wing, center-leftist, and Arab parties–is far less cohesive in strategy and strength. This one won’t sit in a government with that one who will only sit with that one. Best to think of Israeli politics as planning wedding table seatings; a fiasco, no matter what one does.

Here goes: For the last few days, Likud has jumped a step to poll at around 30 mandates, a critical breakthrough for the party. There is consensus on one fact: to form a government, Likud must clinch at least 30 mandates. Then, the numbers begin to reach the magic of 61–a majority in the Knesset of 120 seats.

Backing Likud in any scenario are the Haredi parties. They poll around 15 mandates consistently; and Religious Zionist at 4 or 5.

The next largest bloc will certainly be held by the centrist Yesh Atid party led by former journalist Yair Lapid. Lapid has steadfastly refused to support a government led by Netanyahu, but he might agree to a rotational leadership. Bibi would never agree to that and has been using Lapid as his punching bag, sneering that he just hasn’t got the skills to “pilot the plane.”

Lapid says he would sit with the ultra-Orthodox, but has policies that make them apoplectic. He is unwavering on ensuring that they serve in the IDF and learn core curriculum in their educational institutions. The Haredim consider Lapid the personification of pretty much all that is evil about the modern secular state of Israel.

Then there’s Gideon Sa’ar’s New Hope Party, a breakaway group from Likud, where Sa’ar was a decades-long stalwart and star. He simply could not abide Bibi’s leadership so he upped and left a few months ago, taking some very strong MKs with him. Sa’ar’s political identity is “I won’t sit with Bibi.” With everyone else, he’s pretty broigus-free.

Yamina, led by Naftali Bennett, is polling 11-ish mandates, as is New Hope. The big difference is that Bennett has not ruled out sitting in a Likud-led coalition with Bibi, which may well transpire.

Always interesting is Yisrael Beitenu, the tortoise in every race, led by Avigdor Lieberman. Like Sa’ar and Bennett, Lieberman was once a very close political aide and confidante to Netanyahu and turned on him in anger and disgust. As they all do. Lieberman’s base is secular Russian immigrants. But this time, he is attracting some very interesting crossover voters: from the left, center, and right. His appeal? He is the only candidate who has committed to refuse to support a coalition with the ultra-Orthodox parties, United Torah Judaism and Shas.

Lieberman has no problem sitting with Haredim, he says. But he has had it with the unfettered power that these parties have accumulated in collusion with Bibi, who desperately needs their support to stay in power. For their part, the Haredi parties see Lieberman as the ultimate evil, even worse than Lapid–a distinction he boasts about with great pride.

The leftist parties–Meretz and Labour–are fighting for dear life. Meretz might not cross the electoral threshold, and Labour poised to take six seats, at best. The party that led modern Israel for decades, Labour, is on the verge of extinction.

The prospect of a renewed right-wing/Haredi coalition is seen by many Israelis to be the single most important issue in this election. Throughout the year of the pandemic, Haredi communities–emboldened by rabbinical statements–quite brazenly flouted public health directives meant to contain contagion rates. Comprising approximately 12 percent of the Israeli population, the ultra-Orthodox accounted for well over 40 percent of cases and deaths. But, to this segment of the population, nothing–not even preservation of life–was more sacred than continued Torah learning.

The degree of autonomy assumed and flaunted by the Haredim, without a peep of criticism from the Netanyahu government, alarmed the general population and forced them to take stock.

So, whereas Israel may well end up with another Likud-Haredi government as a result of wheeling and dealing in coalition negotiations, it will have little legitimacy in the eyes of too many Israelis. And the consequences, both economic and social, could be dire. 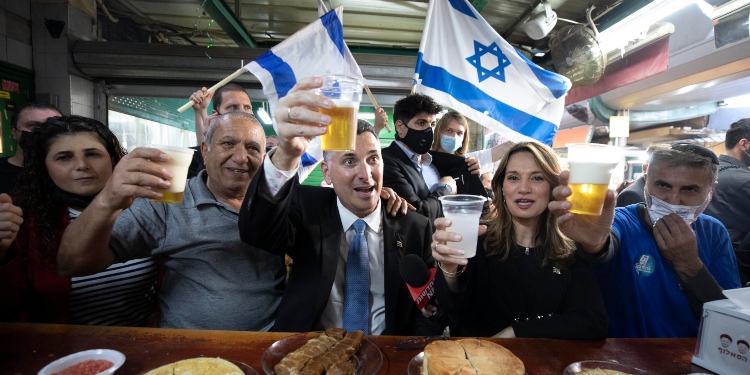