Everyone says they don’t want war, but the fourth armed conflict since 2006 between Hamas and Israel may be imminent.

As Israeli Minister of Defense, Avigdor Lieberman, warned Hamas on Thursday: “The holidays are over.” Throughout September and early October, Israeli pretty much shut down to celebrate the annual succession of Jewish high holidays. The party is now, officially, over.

In the last few days, there has been a buildup of troops and munitions on the Gaza border, partly in anticipation of a sharp increase in hostilities on Friday evening. For almost seven months now, Hamas has organized weekly demonstrations at multiple locations along the Gaza-Israel border.

It has become somewhat routine: The overwhelmingly male, youngish crowd at the border promises to enter Israel and murder civilians, after which they will storm Jerusalem and liberate all of “occupied Palestine” from the Zionists. Often, several violent demonstrators will attempt to cross into Israel with knives, Molotov cocktails, and other crude weapons to attempt murder and sow mayhem. In spite of all this, the foreign press dutifully reports Hamas propaganda as fact, declaring the protests to be “peaceful.”

The loss of life that ebbs and flows on these Fridays following afternoon prayers is unfortunate but inevitable. Though these Hamas hoodlums do not pose an existential threat to the state of Israel, they absolutely do to the tens of thousands of Israelis living in communities along the border.

And then, there are the arson kites, a Hamas innovation that has burned approximately 10,000 acres of agricultural land and nature preserves in Israel in the last six months. In relative terms to America, the charred Israeli land mass is roughly the size of Connecticut. It’s no joke.

Yet, in an unprecedented and extraordinary interview with Italian journalist Francesca Borri and published today in an Israeli newspaper, Yahya Sinwar, Hamas’s political leader in Gaza, dismissed the arson attacks as mere “messages” causing no real harm.

But Sinwar and his crew have been ramping things up along the border recently, sending boys to toss grenades, Molotov cocktails, and other crude incendiary devices at the IDF soldiers. They’ve also been active at night and early morning, causing the IDF to go on high alert.

This is textbook Hamas. They are being squeezed on multiple fronts and the only way to take control, in their playbook, is to invite war. During his interviews with Borri, which took place at various locations in Gaza over a five-day period. Sinwar was adamant that Hamas wants peace, but that outcome is only possible on his terms. Those terms–that Hamas should retain a military force and all borders must be opened unconditionally—are absurd.

Sinwar refused to utter the word “Israel” or even the phrase “Zionist entity,” resorting to euphemisms such as “Netanyahu” and the “Occupation” instead. He also dismissed the fact that the Hamas Charter continues call for the annihilation of Israel as being, somehow, an irrelevant historical detail. He wants peace, he says. If there is to be war, it is because Israel has not agreed to his terms.

It’s such ham-handed propaganda that it almost hurts to read this clumsy attempt to influence Israeli and world public opinion.

Sinwar wants war because it’s the only option he has.

Much as the global MSM loves to berate Israel for turning Gaza into an open-air prison with its ongoing “blockade,” there is media silence regarding the much harsher border closures and restrictions that prevail at the Gaza-Egypt border.

And then there’s the recent monkey-business of PA president Mahmoud Abbas. Desperate to bring Hamas to heel so that he may assume power over the Gaza Strip in addition to the West Bank, Abbas has cut off all funds and supplies–like fuel—it typically funnels to Gaza. In conjunction with the recent American announcement that it would cut off, immediately, all funding to the United Nations Relief and Works Agency—a major employer in the Gaza Strip–Abbas’s move is a death knell for the beleaguered theocratic enclave.

Hamas is cornered. Israeli technology has neutralized their underground terror tunnels; the United States, among other countries, is fed up with Hamas’s promotion and celebration of terror and refusal to moderate their extremist agenda that is pledged to annihilate Jews and Israel; and the Arab world–including their Palestinian brother, Abbas–is turning the screws.
War is quickly presenting as Hamas’s only option. It’s the last, most reliable way to distract the miserable masses from their failure to govern. 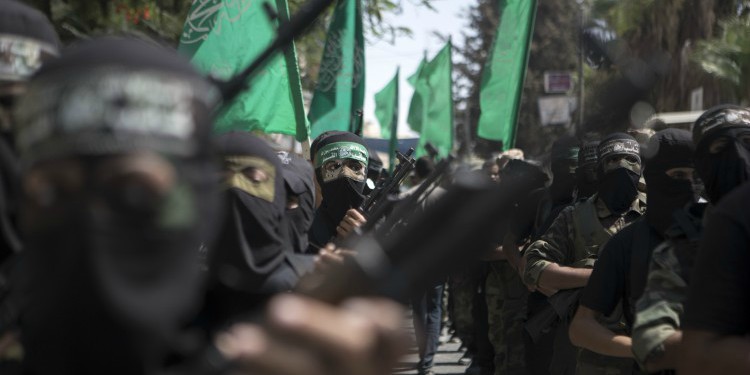