On the morning of August 7, Abu Muhammad al-Masri, reputed to be the second most powerful man in al-Qaeda, got into a parked sedan in central Tehran with his daughter Maryam, the widow of one of Osama bin Laden’s sons.

Within seconds, two men on a motorbike pulled alongside the car and one of them shot multiple bullets from his silenced gun, killing the two targets, before speeding off.

This story first leaked on Saturday, more than three months after the alleged event, with strong speculation in certain media that the operatives were Israeli Mossad agents.

Al-Masri was believed to have planned two attacks on American embassies in Kenya and Tanzania in 1998, which killed 224 people. He was also thought to be responsible for planning a spectacular 2002 attack in Mombasa, Kenya: A suicide bombing of an Israeli-owned hotel and a simultaneous–and failed–missile strike that same morning on a departing Israeli commercial aircraft loaded with 271 passengers.

Reports indicate that al-Masri was planning further attacks on Jewish and Israeli targets around the world when he was killed.

Based on the salient bits of information leaked thus far, it is fair to surmise that al-Masri’s assassination was in American and Israeli interests, and was intended to send a strong message to Iran and its terrorist proxies. This killing also comes on the heels of a string of mysterious industrial fires and disasters in past months throughout Iran, most notably the massive underground explosion at the Natanz nuclear facility on July 2, which was felt hundreds of kilometers away.

The timing of the leak is curious, coming as it did once Joe Biden’s victory in the 2020 elections was indisputably clear. Equally clear is the president-elect’s intention to revive diplomatic overtures toward Iran.

Reviving the Joint Comprehensive Plan of Action (aka, the JCPOA, or the “Iran nuclear deal”) and rekindling Obama’s infatuation with Iran is a “thing” with Biden as well, it seems. An unshakeable belief lingers among many senior Democrats–as evidenced in statements by the president-elect and various supporters–that the theocratic tyranny in Iran may be managed and softened with “respect” and “carrots”.

It remains unclear who will be appointed to key administration posts under Biden, but we now have a strong whiff that the leading lights of Barack Obama’s presidency will be back, among them Tony Blinken and Wendy Sherman. Both remain staunch supporters of the JCPOA, which Obama and his team viewed as key to his presidential legacy. What is interesting is that they still seem to hold this view despite the rather stark realignment of regional interests.

In terms of power, commerce, and security co-operation in the region, more has transpired in the last four years in the Middle East than the previous forty. The Democrats’ loathing of President Trump aside, reaffirming a commitment to an utterly discredited policy experiment would be a disastrous early foray into foreign policy.

Iran is now thought to have accumulated enormous amounts of enriched uranium. It continues to finance global terrorist networks and, most importantly, because of this leaked information, is now publicly linked to support of al-Qaeda.

And that, perhaps, is most interesting of all in this intrigue. Shi’ite Iran is not a natural ally of Sunni al-Qaeda, but the Iranians have proven to be accommodating when it comes to financing and controlling terrorist entities with aligned interests. But now, this exposure of a key al-Qaeda operative being protected by the regime makes it much more difficult for the Biden administration to court Iran. American forgiveness of al-Qaeda is not a popular position and would appear to play into the extreme left-wing of the Democratic party, which Biden is under extraordinary pressure to control and marginalize.

The leak of this operation will surely heighten the pressure on Biden to rethink his approach to JCPOA and Iran. Perhaps that was the point.

Americans are likely to be enraged by the prospect of appeasing a nation that harbors and supports al-Qaeda’s leadership. And that will mess things up for Biden. It has far less to do with Trump and much more to do with the alliances forged between Israel and its neighbors in the wake of Obama’s JCPOA dream. Whether they can see clearly through their hatred of the outgoing president and properly assess the Middle East four years on remains to be seen.

What is clear is that the prospect of getting all chummy with al-Qaeda benefactors makes JCPOA 2.0 way more difficult. 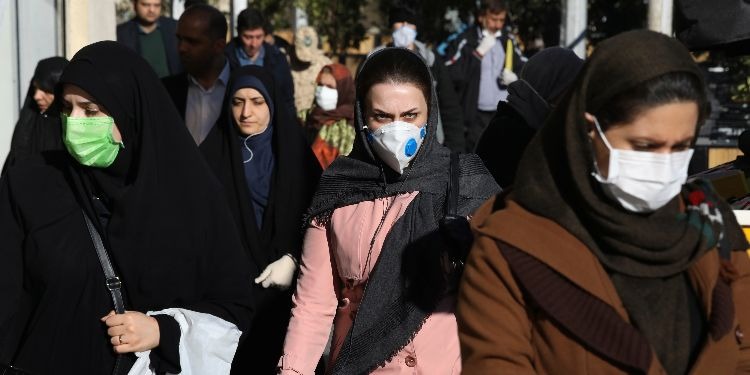 Iran Rages Against the Perfect Storm