As COVID-19 infections creep up again in Israel, the increasingly hapless government decreed that a night-time curfew would be imposed for three weeks. It was set to begin on Wednesday, just in time to put a damper on Chanukah celebrations.

Much head-scratching ensued. Exactly when the curfew would take effect each day remained fuzzy, with reports stating it was to start sometime between 6 and 10 pm. Both possibilities seemed a touch draconian in a democracy during peacetime, though 6 pm verges on downright nutty.

And then, there’s the “why” of it all. The utility of such a measure being at all effective in slowing the rate of COVID contagion was rejected totally by the Ministry of Health, as well as influential physicians and public health policy experts. In what has become a sorry routine, the government changed course, stating that curfews would now be targeted to areas with exceptionally high coronavirus infection rates.

But that, too, is highly unlikely to come about. Such a policy would involve focusing on ultra-orthodox neighborhoods, which have consistently posted alarmingly high contagion rates. The reason for this is that many of the ultra-orthodox openly flout public health guidelines, and the authorities are remarkably lax in enforcing them.

And that is because Prime Minister Benjamin Netanyahu is utterly beholden to his ultra-orthodox coalition partners. There is no chance that he will risk offending his key political allies, particularly not in the midst of what seems to be the most serious challenge to his political leadership, perhaps ever.

As the curfew was being sliced and diced in Israeli media, Gideon Sa’ar dropped a bombshell. A long-time Likud rival to Netanyahu who placed fifth on the party list for the March 2020 elections, Sa’ar announced on Tuesday night that he was leaving the government to form a new party, “Tikvah Hadashah,” meaning “New Hope.”

Sa’ar lashed Netanyahu, saying he had transformed his once-great party into a “tool for [his personal] interests.” Sa’ar also immediately signed on two Knesset newcomers who happen to be a mini power hub of their own: Tzvi Hauser and Yoaz Hendel.

Hauser and Hendel are close friends who were both elected for the first time in the 2019 election under the Blue and White centrist umbrella. They self-identify as pragmatic, secular center-rightists, and are also members of an exclusive but growing club—former senior staff in the Prime Minister’s Office who have become openly hostile to his leadership.

Overnight polls conducted after Sa’ar’s defection showed his upstart party coming in third, nipping at the heels of Naftali Bennett’s (another former Bibi staffer) Yamina Party, which is closing in on Likud. Perhaps most significantly, the new numbers revive the possibility that a government coalition could be cobbled together without Likud or the ultra-orthodox parties.

Everything is a longshot in Israeli politics, but the one certainty is that Bibi fatigue is a companion pandemic to corona. Netanyahu’s extraordinary accomplishments in foreign policy will doubtless be his legacy, not his domestic misadventures, of which the public is increasingly weary and intolerant.

Gideon Sa’ar represents a younger generation of loyal Likudniks who simply cannot abide Bibi’s seemingly erratic and, many think, self-interested tendencies. In his brief remarks on Tuesday night, Sa’ar invoked very prescient comments of the godfather and founder of Likud, Menachem Begin, who warned the nation of the perils of one person ruling for too long. In Begin’s sights was the leftist PM David Ben Gurion, but the issue of term limits is very relevant in Israel today.

A spring election in Israel is inevitable, the fourth in two years, and Gideon Sa’ar is certain to attract additional Likud stalwarts. He will also draw assorted political refugees from other parties that have disappointed, particularly Benny Gantz’s Blue and White party, which is in something of a freefall.

Blue and White, at its most potent, was really just an “anything but Bibi” party, with pretty much nothing to offer in the way of policy innovation. Gideon Sa’ar, on the other hand, brings to his party decades of right-wing loyalty, credentials and leadership. He actually stands for something other than just ending the era of Bibi.

His challenge to Likud and the prime minister is very real and has instantly reconfigured the impenetrable domination of Bibi. 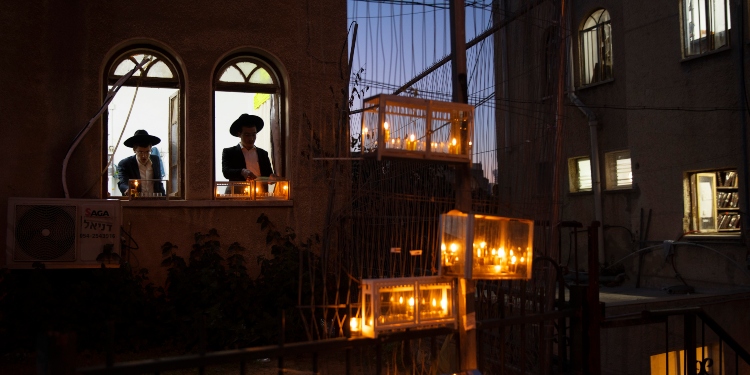