“I fear for my country.”

Powerful words from a president in a titular, neutral role. Yet, late Tuesday morning, when announcing that he was granting Benjamin Netanyahu the privilege of working to negotiate a majority coalition in the 120 seat Knesset, that is exactly what President Reuven Rivlin said.

“I fear for my country.”

I find that chilling. While it is important to note that the personal bad blood between Rivlin and Netanyahu is no secret in Israel, the president is no drama queen. Rivlin’s rigorous adherence to upholding the integrity of his office and ensuring that all decisions are beyond reproach has never been questioned.

Under Israeli law, in the week following an election, the president meets with each party to receive their recommendations about who they intend to support in a coalition. This is the fourth time in two years that Rivlin has faced this task, which has become increasingly fraught and agonizing.

Israel is a nation so divided and, without a reasonable resolution, on the verge of schism. The prime minister is now sitting in the evidence phase of his trial on multiple serious corruption charges. Two of his stalwart allies—Haredi ministers Yakov Litzman and Aryeh Deri—are also likely to be indicted imminently on corruption charges recommended by law enforcement in the fall.

Of course, there is a presumption of innocence for all, but there is also a stench of decay, and perhaps worse. Minister Deri served a four-year prison term twenty years ago, following conviction on charges of fraud when he first served as Minister of the Interior. He is alleged to have committed similar crimes again in recent years.

Both Deri and Litzman are political leaders in the ultra-Orthodox communities they represent and very experienced political operatives. Their support for Netanyahu is critical to any success he may have in pulling together the impossible. And their support will come with a very hefty price tag, likely more unpalatable than usual.

Furthermore, should Netanyahu succeed in forming a coalition, he could and almost certainly would pass a law in the Knesset, as soon as it is constituted, to make it illegal to prosecute a sitting prime minister or cabinet minister.

Netanyahu’s allies have made no secret of their distaste for what they consider to be an activist court, which they claim works consistently to subvert the will of the legislature. Why there’s even talk of introducing a law that would prohibit the Israeli Supreme Court from striking down or even being heavily critical of legislation.

That, to many, sounds frighteningly like a form of government that has little to do with democracy. Virtually every robust democracy experiences varying degrees of tension between the judiciary and legislature, but safeguarding the independence of each branch from the other is fundamental. Truth is, the Haredi leaders care much more about upholding religious law in Israel than democratic standards. That’s simply not important to them and they won’t squander any political capital on preserving this sacred separation of powers.

Nor, of course, do they think–as do the majority of Israelis–that there should be a greater separation between religion and state. Quite the opposite, in fact. They want greater religious influence in all aspects of Israeli life. And, if they sit in a government with Bibi at the helm, they will likely be handsomely rewarded for their support.

Rivlin openly acknowledged that many Israelis are disturbed by the fact that a prime minister on trial may lead the country. “This is not an easy decision on a moral and ethical basis,” said Rivlin. “[But] the president of the State of Israel is not a substitute for the legislature or for the judiciary.” His hands are tied by law, which makes no allowance for such a bizarre situation.

This is where the rubber hits the road and leaves indelible skid marks. This possible governing coalition will have little legitimacy in the eyes of Israelis. According to recent polling, an overwhelming majority of Israelis strongly prefer less religious influence in the affairs of state. Such a sentiment is more a reflection regarding the Haredi disregard for democratic values as well as their very outsized influence in return for supporting Likud.

The Haredim constitute 12 percent of the population yet are widely perceived to be in an overly controlling position in key government functions and allocations. This perception was reinforced in the last year when ultra-Orthodox rabbis and leaders openly encouraged their followers to flout public health directives limiting communal gatherings, leading to wildly disproportionate rates of infection and death in their communities.

Rivlin also speculated, gratuitously, that he was not hopeful that Netanyahu would cobble together a majority coalition in the 120-seat Knesset. Sadly, I expect that most Israelis share that sentiment.

Meaning, yes, that Israel would go to the polls, yet again, come the fall. 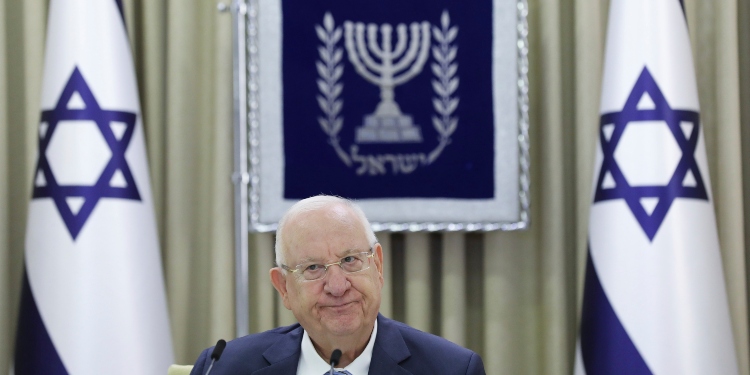