It was late in the evening on Thursday when news broke that Israel and Hamas had agreed to a ceasefire. The terms took effect at 2 am on Friday morning.

Millions of Israelis, including those in the Tel Aviv area, braced for one last blast of rockets just before the deadline. Mercifully, it never happened.

In fact, in recent days, Hamas has not shot a single rocket towards greater Tel Aviv, focusing its firepower on the area abutting the border with the Gaza Strip and the city of Ashkelon, just 9 kilometers north of the Strip.

Usually, these cease-fires are stop-and-go affairs, sputtering to a final close after a few false starts. But people seem to be accepting that this one is for real. Malls in Israel are jam-packed, and the streets are busy. Civilians on each side will be greatly relieved to return to whatever passed as normal life before the 11-day conflict.

Hamas initiated this latest exchange of firepower, vowing to liberate al Aqsa mosque from the “Zionist occupiers” and to prevent the eviction from their homes of a number of families living in an East Jerusalem neighborhood, Sheikh Jarrah.

Neither pretext was true, and neither goal was accomplished. Nevertheless, Hamas and many on Arabic Twitter claim complete victory and the capitulation of the Zionist aggressor.

Israel, for its part, plays to a somewhat more sophisticated audience domestically, so the state stopping short of a full-on victory dance. But Israel achieved its strategic objectives.

From the outset, the IDF broadcast that it had accumulated quite an inventory of military targets in the Gaza Strip and that it would attack them systematically. And it did.

The most lethal blow seems to have occurred exactly a week ago, in the early hours of Friday morning, when more than 160 Israeli fighter jets scrambled over a small area in the northern Gaza Strip where a strategically critical hub of tunnels, weapons production and storage, and rocket launchers were concentrated underground.

Hours before the attack, the IDF issued a tweet that ground troops were about to enter Gaza. Readying for an imminent battle, hundreds of Hamas combatants scrambled into the tunnel infrastructure, ready to ambush the invading Israeli troops. Instead, the jets moved in and bombed the entrances to the tunnels, trapping the fighters, including an elite commando squad, underground. Not a single Israeli soldier entered the Gaza Strip.

That attack seemed, in retrospect, to have dealt a wallop to Hamas military capability. With access to the warren of tunnels disrupted, Hamas’s capacity to launch attacks was clearly compromised, which was reflected in the sudden decline in rockets targeting Tel Aviv.

Short-range mortar and smaller rockets continued to batter southern towns and communities relentlessly, but the shift in focus clearly demonstrated that something was up.

A few days and more rockets after this turning point, my family was sufficiently frazzled from the anxiety and uncertainty of not knowing when the next barrage will strike that we took refuge for a few days in the hills near Haifa, in northern Israel.

It’s not that attacks on Tel Aviv were so frequent. It’s more about having to think through where you want to go, why, whether it is really important, and mapping out the closest bomb shelters on the way and at your destination. And then dealing with the anxiety of everyone around you. It’s exhausting, and it tends to shrink one’s universe of possibility.

Early on in the conflict, a man living in a Tel Aviv suburb was caught in the shower as the air raid siren began. After thinking for a few seconds, he grabbed a towel and ran to safety. Five minutes later, there was a direct hit on his bathroom. So, yes. People worry.

Should this cease-fire hold, Israel can be assured that Hamas’ military capability is diminished in the short term. The country can take enormous solace in the fact that a ground war—which everyone dreaded—was avoided. And Israeli intelligence regarding “The Metro”—the underground military infrastructure in Gaza—seems to have been pretty darn good.

Netanyahu avoided a conflict with President Joe Biden, acceding to his clear demands in recent days to negotiate and agree to a cease-fire arrangement. And, as noted by the highly astute British-Palestinian, Ghanem Nusseibeh, Biden was able to take credit for brokering this ceasefire (actually negotiated by Egypt) by finally ending his unofficial boycott of President al-Sisi.

For its part, Hamas has demonstrated a serious ability to manage sustained and serious attacks on Israel, and they have enhanced their profile among radical Palestinians and their supporters, which may well be a majority. Recent polls among West Bank Palestinians indicate that if elections were held today, Hamas would win handily. This is why Abbas “postponed” the elections that were planned to take place this spring, attributing the move to the fictitious Israeli intention to storm and occupy al Aqsa.

Which brings us full circle.

Al Aqsa is not “occupied.” The property dispute involving a Jewish landlord who has held title to certain land in Sheikh Jarrah since 1875—on which Palestinian tenants have resided for more than 50 years, without title—remains unresolved.

And life will ease back into what passes for normal in these parts, until the next flare-up. 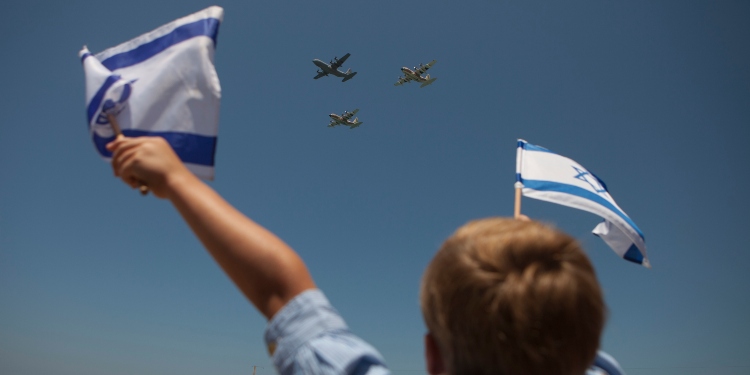