Billboards emblazoned with the message “Make Israel Normal Again” (in English) popped up all along the Ayalon freeway that slices through Tel Aviv last week.

This is the provocative campaign message of Avigdor Lieberman, whose photo graces the partisan ads. After living in Israel for more than thirty years, the former Moldovan speaks Hebrew with an accent thicker than cement. He cut his political teeth as Prime Minister Benjamin Netanyahu’s chief of staff and founded a political party, Yisrael Beitenu, centering his agenda around the interests of approximately 1.25 million immigrants from the former Soviet Union. They tend to be secular, right-wing, and fiercely loyal to Lieberman. These voters represent a political threat to Benjamin Netanyahu’s Likud in the coming elections on September 17.

We know that because Netanyahu is expending a great deal of effort these days characterizing Lieberman as an unprincipled opportunist. Bibi has been holding special meetings with the Russian-speaking community to convince them that he is the one who is really fighting for their interests.

Since May 29, when Netanyahu tabled a motion to dissolve the freshly elected Knesset and set yet another round of national voting, he and his right-wing and ultra-orthodox minions have been placing the blame for the second election squarely and solely on Lieberman’s shoulders. But not everyone is buying the spin. Likud’s failure to nail a governing coalition is equally, if not more, attributable to the obduracy of the ultra-orthodox, as well as Netanyahu’s rather fluid negotiating positions.

Loathe him or love him, Lieberman has a knack for playing in the crease and scoring the goal.

Following the last election, he held five Knesset mandates. The day following the historic dissolution vote, he was polling 9. For several weeks running, he has consistently polled 10.

Why the sudden and consistent jump in Lieberman’s fortunes?

His core message is that the ultra-orthodox political parties have crossed too many lines for too long, and it is high time that someone pushed back. No more excessive state support of the separate ultra-orthodox education system, which does not teach boys or young men any secular subjects, including math, science, and English, rendering them unsuited to any form of employment other than delivering pizzas and other menial jobs. They are encouraged to study Torah only, while their wives, bearing an average of eight children each, run the home, family and, more and more frequently, work full-time.

Nor do these ultra-orthodox Israelis serve in the army, regarding it as far less important to the survival of the country than prayer and study.

This avoidance of responsibility to the state is entrenched, expensive and can no longer be sustained, either financially or as a burden on the social fabric. Lieberman is tapping into a seething resentment felt by the majority of the population, which is not ultra-orthodox.

It is also no accident that his billboard campaign is in English. According to a Lieberman campaign insider, his message is targeting right-leaning Anglos, particularly North Americans, and it seems to be working. Both secular and religious North Americans import with them a very profound appreciation of democracy and the engagement of all citizens. And it is fair to say that many North Americans living in Israel are particularly rankled by this boundless culture of entitlement.

The Chief Rabbinate controls all aspects of the life cycle: marriage, divorce, death and has the first and last word on standards of kashrut and religious conversion. The latter is hugely important, particularly since the arrival of the FSU immigrants, many of whom qualify for citizenship under Israeli state law but do not satisfy religious legal requirements. Rabbinic judgment keeps them separate, apart and, socially lesser.

During the last campaign, Lieberman’s rallying cry became: “We want a Jewish state, not a halachic state.”

It’s a brilliant ploy—at once principled and brazenly opportunistic. Lieberman’s voter base is aging and the second generation of Russian-Israelis is integrated across the diverse political spectrum. He cleverly endorsed the anger of a much broader swath of Israelis and immediately amplified his appeal.

It is no coincidence that suddenly, after years of inaction, the Likud mayors of three cities—Tiberias, Ramat Gan, and Modi’in—announced on Sunday that they are chartering free buses next Saturday to ferry residents to the beach and other popular leisure destinations. Suddenly, allowing public transit to operate on Shabbat—a simple accommodation that has been ignored for decades—is doable. And, even more peculiar? The ultra-orthodox, who are vehemently opposed to such a brazen desecration of the Sabbath, are silent.

To govern, Likud is utterly beholden to the ultra-orthodox. In election season, the ultra-orthodox wisely choke on their righteousness for a short period while Likud hunts for votes. This sudden and bold ploy is intended to neutralize Lieberman’s advantage. This stunt is sure to be short-lived. After election day on September 17, the beach bus era will end. It also does nothing to get at the real issues driving what may prove to be a significant voter swing to Lieberman. This is potentially far more profound than a free bus ride to the beach. 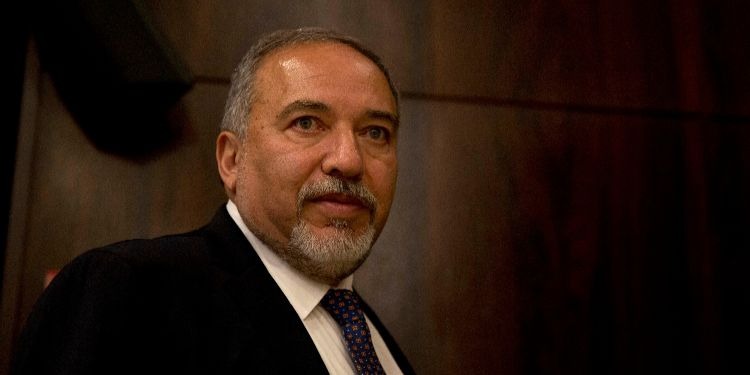