Oy. The phone call that hasn’t even happened. Much ado about nothing or early signs of big broigas?

For the last few weeks, President Biden has busied himself with a succession of phone calls with world leaders. Prime Minister Benjamin Netanyahu did not make the shortlist.

It’s a sharp contrast to the Trump era when Bibi was the third world leader the new president called first and his issues always seemed to receive urgent priority at the highest levels.

If nothing else, the Biden administration promises to be more disciplined in its work habits, which means, as with everything in government, there is protocol and accepted order. And they intend to follow it. And so, Biden’s first call was to Canadian Prime Minister Justin Trudeau–not because he’s such a powerful and important leader–but because that’s the way it has always been done: longest peaceful border in the world, majority of domestic trade, supplier of a huge amount of U.S. domestic energy consumption, etc.

Then he called Mexico. A North American thing. Protocol.

In 2016, no one, except for a few disgruntled Canadians, even noticed that President Trump upended that fine tradition and called a slew of random world leaders in no particular order before finding time for Trudeau. I assure you, it was a “thing” in Canada.

There was also that post-election moment when it took Bibi almost two months to refer to Biden as the president-elect, clearly not wanting to provoke lame duck Trump into doing something intemperate in his waning days. Biden and his people surely understood Netanyahu’s conundrum at the time. And, who knows? Perhaps they even indulged in a little schadenfreude, watching Bibi get sliced and diced by his domestic press for the non-phone call. Was this a tit-for-tat snub or a big nothing burger?

The speculation as to intention and motive was fuelled late last week with two tweets. The first, from former Israeli Ambassador to the U.N., Danny Danon, who tweeted on February 10 about all the calls already made by president Biden. Danon minced no words, telling Biden it was high time he dialed Netanyahu, even including the prime minister’s office number, which, oops, turned out to be incorrect.

Not surprisingly, Danon’s poke didn’t do the trick, and the speculation continued, with some Israelis worrying that the relationship may regress to the hostility that saturated the Obama years. Early on in his tenure, Obama did a quick Mideast tour, noticeably not visiting Israel, which was in retrospect an early sign of his Israel and worldview.

Are we in for this again, the handwringers ask? Is Biden, despite 40 plus years of solid support for Israel, turning on us?

There is genuine concern in Israel about several of Biden’s top advisers, in particular U.S. envoy to Iran Rob Malley, widely seen to be soft on Iran and less than sympathetic to Israel’s security concerns. There are also, though, significant yings to Malley’s yang, key among them the widely respected Secretary Antony Blinken, and others.

Which leads us to the second tweet. Jumping into the “phone call” fray two days after Danon, former U.S. Ambassador to Israel, Dan Shapiro, tweeted a sensible thread stating the obvious; that Biden assumed leadership of the free world at a particularly tempestuous time and was personally taking on only the most pressing and urgent domestic and global matters, reflected in the order of his days and his calls (well, with that Canada exception, eh?)

On Saturday night, the phone call question was put to Israeli Ambassador to the U.S., Gilad Erdan, on the most-watched post-Shabbat political talk show in Israel. His response, was, well, exactly what one might expect. A seasoned political operative, Erdan, with a bemused countenance, told the interviewer that the conversation is not so important.

“Until there isn’t one,” she ricocheted.

As he must do, Erdan focused on the many sidebar conversations that have taken place at the highest levels between the most senior Israeli and Biden administration officials in State, Defense, and the NSA. The well-oiled relationship between the US and Israel is humming along nicely, Erdan reassured. No need for any concern.

Biden is also sensitive to the fact that Israel is in perpetual election mode and would not want to appear to be boosting a particular candidate. But, that seems to be a chronic feature of the Israeli condition, making it almost irrelevant.

Truth is, for the last four years Israel had become accustomed to being treated as a constant priority in the Oval Office, with the formidable and combined muscle of Ambassadors Friedman and Dermer, Jared Kushner brought to bear, combined with Trump’s reported lack of discipline in his approach to, well, everything.

If there is a message in the non-phone call phone call, it is likely far less dramatic than some may be thinking, and more like: “You’re important, Israel, but perhaps not always the most important.” 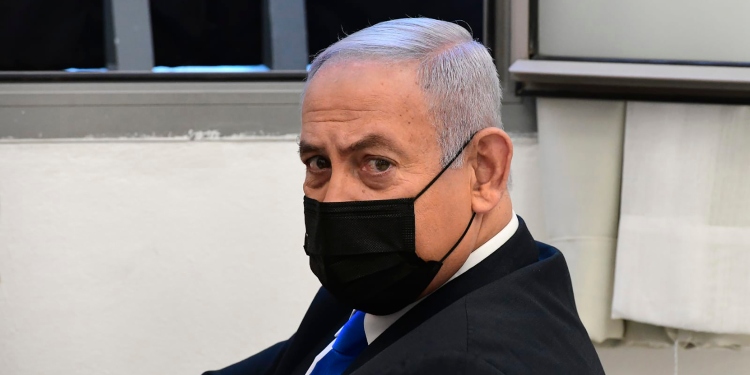