Prime Minister Benjamin Netanyahu sat stiffly behind a desk, tightly gripping his written remarks. He spent more time looking down at the page than the camera, betraying a nervousness he has rarely shown publicly. This is a man who reads the “room” and zeitgeist masterfully. He has done so for decades, but everything about him when he addressed the Israeli public during prime time news on Sunday night signaled distress and indecision.

His remarks were meant to assuage an increasingly enraged population. The night before, more than 10,000 protesters converged on Rabin Square in central Tel Aviv. Organizers took pains to bill the evening as a “non-political demonstration” focused on the economic devastation that has been destroying Israel’s small independent business sector over the last few months. In spite of promised government aid, virtually none has been forthcoming. The paltry amounts promised to “independents” seemed stuck in the bowels of some ministry, somewhere, for some unclear “technical” reason.

Suddenly, Bibi assured the nation, whatever was impeding the cash flow would be cleared–magically and immediately. He was “pressing the button.” Problem is, his personal credibility has plummeted, as has his government’s.

Amidst all the anxiety, economic and public health gloom, uncertainty about every aspect of life, the prime minister and his wife thought it appropriate to change the domestic cleaning arrangements for their official residence. With the expiry of a company contract, they hired a number of individual cleaners. As they do not have a security clearance, each one is followed around by a Shin Bet official while they scrub and polish. The cost? NIS 10,000 per day, a vulgar excess in the Israeli context, literally and metaphorically.

Then, there is the matter of the “unity” government, formed specifically to provide leadership in a time of unprecedented economic and public health crisis. But, to manage the competing rivalries and egos, almost half the Knesset members had to be enticed with cabinet-level perquisites: drivers, bigger budgets, larger staff complements. It’s an indulgence when austerity should be the overriding governance principle.

Such conduct reflects an extreme detachment from the economic destruction ravaging so many Israeli lives.

And things are about to get much worse.

During the last ten days or so, Israel has been rocked by almost daily demonstrations in Jerusalem and Tel Aviv. Popular fury is intense, and the government is in full crisis, a supposition that is backed up by recent polls.

In mid-May, when Israel celebrated a job well done with managing the initial Covid-19 wave, things opened up, in retrospect, too hastily. Then again, the government was under enormous pressure from ultra-orthodox MKs in its so-called “right-wing bloc” to re-open religious study halls and synagogues. And everyone else wanted to get back to work and generate income. Beach season was upon us and in Israel, the beach is as sacred as summer lakeside retreats in Canada—where I come from.

Throughout June, there was much merriment, with life appearing to be back in full swing. A new minister of health, Yuli Edelstein, took charge and key senior public officials who had guided the country through the first phase stepped aside.

The new guard, however, seems to have been snoozing, because when they finally raised the alarm in early July, we had a raging forest fire in a drought. Between early June and July, daily totals of the newly infected surged from 100 or so to Wednesday’s high of more than 1,900.

And, so, late Wednesday evening, Bibi and his finance minister, Yisrael Katz, commandeered the airwaves to tell the nation that they were paying attention. Paychecks for all! Every Israeli would receive a few hundred, maybe thousand, shekels, depending on family size, and Bibi encouraged all to get out and spend, spend, spend. Buy, buy, buy. Stimulate the economy.

Thursday morning, Bank of Israel governor Amir Yaron slammed the payouts, which will cost the treasury approximately $6 billion NIS, as, effectively, being a waste of resources that would be more wisely used relieving the financial stress felt by needy citizens.

And then, late Thursday night, after days of yelling at committee hearings, the government arrived at a bizarre compromise that the Israel Medical Association has since derided as being “devoid of epidemiological logic.”

The government’s response to runaway COVID transmission seems to be to impose full lockdown, but only on weekends, allowing “normal” life to resume.

Friday morning, the government was being lashed from all quarters: professional, business, and even a few Likud MKs, most vocal among them two female parliamentarians who have been branded “leftists” by their critics for daring to question the plan.

An overwhelming majority of Israelis disapprove of the government’s inept handling of the Coronavirus outbreak. And as the country winds down for Shabbat, there is still little clarity as to what is allowed, what is not, and why. The likelihood of widespread civil disobedience if lockdown is imposed again is high, because the respect for government handling of the corona issue is so low. 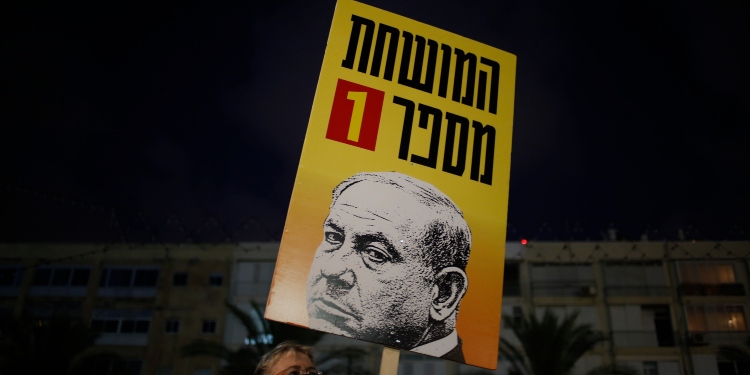