For two minutes on Thursday, sirens wailed throughout Israel.

Drivers on highways pulled over and stood beside their cars. Buses, airports, and every single person stopped in their tracks out of respect for the memory of the six million Jewish men, women, and children murdered in Europe in the 1930s and 40s.

Holocaust Memorial Day is the first of a string of poignant commemorative dates on the spring calendar in Israel. It’s followed next week by Memorial Day for fallen soldiers and, immediately after, Independence Day.

Each year, this experience is chilling; this one particularly so.

Several days ago, I wrote about the New York Times international edition’s publication of a virulently anti-Semitic cartoon. It took the “paper of record” a full three days to apologize for this appalling act, and even then, editors attempted to fob it off on an over-worked, under-supervised editor working within a “faulty” editorial process.

That didn’t go over too well, and there has since been a further spasm of contrition issued by the Times.

There has also been comment from the now notorious Portuguese cartoonist, Antonio Moreira Antunes, whose work is syndicated and appears regularly in the Lisbon-based newspaper Expresso.

Initial remonstrations from Mr. Antunes were plaintive, of the “terribly sorry offense was caused but none was intended” type.

Until Wednesday, when, on the eve of Holocaust Memorial Day, Mr. Antunes shared his unvarnished views in an interview with CNN (and reported in Times of Israel), attributing the backlash to an overly-sensitive, right-wing “Jewish propaganda machine” which cries “anti-semitism” over any criticism.

He has nothing against Jews, he has assured the public in various comments during the last few days, he just objects to “criminal” Israeli conduct and policies.

Mr. Antunes would do well to take the weekend and immerse himself in the history of Jew-hating ideologies and the associated symbolism to understand that his cartoon is the very definition of anti-Semitism.

His apparent ignorance (or worse, disingenuousness) is inexcusable but not at all exceptional. In Israel, we have been bombarded this week with statistics that reflect an alarming lack of knowledge of one of the defining atrocities of human history, the Holocaust. Among them, the Conference on Jewish Material Claims Against Germany (the Claims Conference) reported on Thursday that most Austrians are unaware that 6-million Jews were murdered, a knowledge deficit that is notably higher among the young.

In a survey released by the same organization on Holocaust Memorial Day a year ago, data demonstrated a marked lack of awareness among Americans regarding the scope of the murder of European Jews and other significant aspects of WWII.

This year, as we remember, a new despondence looms. Numerous survivors have been warning that a hostility similar to what they experienced in the 1930s is directed towards Jews today. There is an emerging and truculent acknowledgment that the Holocaust did not bury the ancient blood lust that has plagued Jews for millennia. It just redirected it against Israel.

The demonization of Israel is the acceptable way to channel anti-Semitic urges, Mr. Antunes’s cartoon being just one flashpoint. At issue is not his criticism of Israel or its policies but the fact that he applies well-worn anti-Semitic tropes and symbology to make his point. He is attacking Israel because it is a Jewish state. If he was genuinely moved by “criminal” state conduct, he would be focusing on many other, far more egregious actors in the world.

The sensibility of Mr. Antunes is quite mainstream in Europe and even large segments of North America today. This normalization of the crudest anti-Semitism is promoted by a range of institutions and interests, most prominently this week, the New York Times.

And this tendency is not as anomalous as the Times editorial leadership would have us believe. The paper’s treatment of Israel for decades has been aggressively biased. As the gold standard of journalism in the English-speaking world, the Times has a responsibility–to history, to the present, and to its readers–to uphold the highest ethical standards in its reportage. Ethics demand fairness and balance. When it comes to its coverage of Israel, the Times fails miserably.

Drip by drip, a puddle forms, and the Times sits in a fetid pool of its own making. It has also, by its tacit endorsement of anti-Semitic coverage of Israel, day after day, lent its coveted imprimatur to this particular hatred.

That this has transpired during the week set aside to remember, revere, and respect in Israel should be seen as a harbinger. Because it may well be. 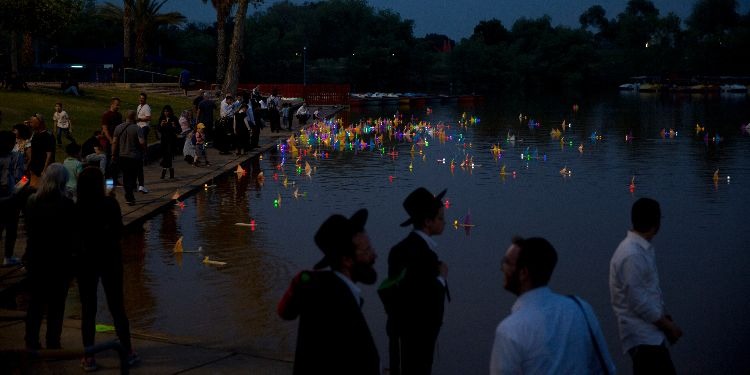