In March, it will be two years since I met in the sumptuous lobby of Jerusalem’s King David Hotel with Dassi Erlich and Nicole Meyer.

These sisters and a third–Elly Sapper–were among the complainants in a very disturbing criminal case. They allege that ultra-orthodox teacher and principal, Malka Leifer, was a serial sexual predator, targeting at-risk students.

Described by Erlich and Meyer as being a “very charismatic” leader, Leifer arrived at the Haredi school for girls in Melbourne, Australia, which the sisters attended. She quickly became a star within that community, becoming principal in a very short time. As Erlich describes it, everyone wanted to be in her orbit. Parents vied with one another to drive Leifer (who did not have a car) to and from school.

Erlich and Mayer recalled that Leifer sensed their vulnerability, coming as they did from a highly dysfunctional home. They allege that she targeted them for special attention and groomed them; very naïve young women with absolutely no knowledge of sexuality or what constitutes appropriate intimate relations.

After years of struggling with their inner demons, the sisters took the controversial step of reporting their complaints to the police, which is considered a cataclysmic betrayal of the insular Haredi society from which they came. To involve the state authorities, who have no understanding of the special lifestyle of Haredi Jews, is to invite scrutiny where there should be none; prying eyes and questions that are ignorant of the practices of this community. The guiding adage is to ‘keep it within’ and let community leaders–typically all older males–manage things.

Problem is that, in many Haredi communities, there have been and are allegations that their leaders prefer to cover things up. Giving credence to this supposition is the fact that, in this case, it appears that Leifer may have been tipped off that her arrest was imminent. She was quietly spirited out of Australia with several of her eight children, just ahead of the police.

Since that day in 2008, Australian police have been sitting on a stack of charges—seventy-four in all–relating to alleged sexual abuse of children committed by Malka Leifer against eight individuals.

A formal extradition request was made by Australia of Israel, but Leifer was found to be mentally unfit to undergo any extradition proceedings or trial. From 2016, she was living a quiet life in the West Bank settlement Emmanuel, among the poorest municipalities in Israel. An ultra-Orthodox enclave, residents protected Leifer, even lying to private investigators about her whereabouts and condition.

Their work, in fact, led to her arrest again in February 2018, when she was incarcerated in a women’s prison. Meanwhile, there was more than ample evidence to make a hash of her claims that she was suffering from debilitating mental illness. Leifer was, by all accounts, a very competent woman going about her daily life quite cheerfully.

The extradition proceedings were kick-started, in what has become a huge embarrassment for the Israeli justice system, as well as some key politicians.

Reputedly a member of the very insular Gur Hasidic sect, Leifer was protected by the community’s mistrust and loathing of certain state-run institutions, in particular the justice system. Many Haredim regard the institutions of the secular state of Israel as a threat to their way of life. They tend to see the state as a hostile body determined to impose standards and laws meant to destroy their piety and continuity.

And so, Malka Leifer benefitted, for a time, from the protection of some very powerful people, among them, it is alleged, Yakov Litzman, who served as Israel’s Minister of Health while she was evading extradition. Minister Litzman, who prefers the title of “Deputy Minister”–out of deference to the Almighty, the only truly higher authority–is also reportedly a member of the Gur sect.

For years, Leifer’s counsel fought her extradition tooth and nail on the basis that she was not competent to face trial in a foreign country due to anxiety-related mental illness. The integrity of these diagnoses was contested vigorously by Australian diplomats, justice officials, and even successive prime ministers; a bilateral mess, indeed.

In fact, in October 2019, Australian Prime Minister Scott Morrison met with Erlich and Meyer to express the country’s support throughout their traumatic and seemingly endless ordeal. In a statement issued by his office on the day of their meeting, PM Morrison made clear the importance of the matter of Leifer’s extradition being resolved on an urgent basis:

“I have previously raised this commitment with Israeli Prime Minister Benjamin Netanyahu,” he stated, continuing to note that the strong Australian-Israeli relationship is based on “many things, including our shared commitment to justice, democracy and the rule of law … The Australian Government will be unswerving in seeking justice in this matter.”

In diplomatic-speak, often so softened and circumspect as to be meaningless, this bluntly worded statement is the equivalent of a nuclear bomb.

The delays, while Leifer was in custody, were outrageous, numbering more than 70 court proceedings. Each time, the complainants allowed themselves to hope that this would be it. Yet each time, something happened to interfere with justice.

Not until the last couple of years, when certain matters were exposed in the Israeli press, did it all start to make some sense. Minister Litzman, it seems, had very directly, repeatedly, and aggressively interfered in the judicial process in Leifer’s case. There are multiple allegations that if a psychiatrist’s report did not support his preferred outcome–declaring Leifer unfit for extradition and trial–that he “requested,” repeatedly, that the matter be reconsidered. At one point, Litzman instructed aides to have another psychiatrist assess Leifer, expecting, clearly, a more favorable report.

Just over a year ago, Israeli police completed an investigation into the conduct of Minister Litzman. They concluded that there is adequate evidence for him to be indicted on multiple charges, including improper influence in the Leifer matter.

For reasons I will never understand, when it comes to high profile persons, the Israeli justice system proceeds at a glacial pace. To publicize an intention to indict and do nothing for a year, or two, or three, in such circumstances, is normal here. And so, Litzman continues to serve in the government, now Minister of Housing, knowing full well that his indictment on multiple criminal charges of fraud and breach of trust is likely imminent.

The allegations against Litzman are that, as Minister of Health, he interfered directly, repeatedly, and inappropriately in the Leifer matter to support Israel’s continued resistance to her extradition.

Leifer’s appeal shenanigans appear, finally, to be at a dead end. In a unanimous decision rendered on December 15, a panel of three judges of the Israeli Supreme Court stated: “All who seek to evade justice will not find a place of refuge in Israel.” The judges were searingly critical of the delays and evidence of procedural resistance.

Minister of Justice Avi Nissenkorn wasted no time and signed the formal Extradition Order for Leifer on December 16. The law requires that Leifer arrive in Australia within sixty days of that date.

Her return to Australia ends a shameful episode of the Israeli justice system, and the beginning of what will surely be a very punishing trial, for the state, alleged victims, and Leifer herself. If ever a case cried out for a plea bargain to spare so many such unnecessary anguish, the Leifer case is one for the ages. 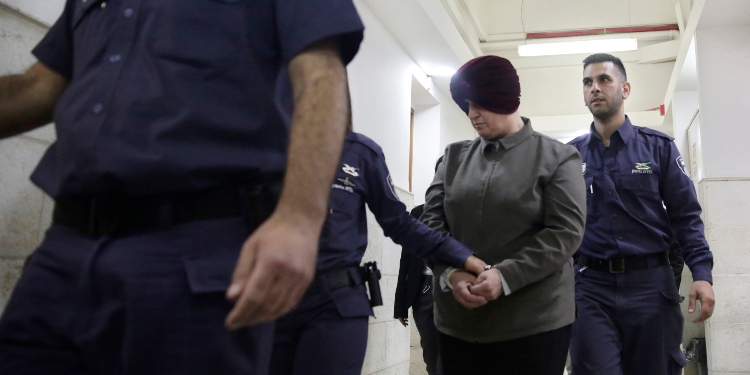