The Boycott, Divestment, Sanctions movement has a history of claiming victories prematurely, and Jewish Voice for Peace activist Seth Morrison has supplied us with an amusing example of the phenomenon.

Another movement for equal rights, the Palestinian struggle for justice and freedom from Israeli occupation, is currently facing significant opposition. But as with the LGBTQ movement just a few years ago, the tides seem to be shifting.

The United Church of Christ has just voted to boycott and divest from Israeli occupation, becoming the second mainline U.S. church to take action to end its complicity with Israeli human rights abuses. Last summer, the Presbyterian Church voted to divest, and two more churches, the Episcopal Church and Mennonite Church, are considering similar steps at their conventions this week.

That was on July 1st. On July 2d, as Legal Insurrection has reported, the Episcopal Church voted down a BDS resolution and the Mennonite Church voted to table one until the next meeting, which takes place in two years.

It was disingenuous of Morrison to claim that BDS seeks only to push Israel out of the West Bank, rather than the end of Israel as a Jewish state. And it was silly for Morrison to think that the hyper-liberal leadership of the very liberal United Church of Christ is a major trendsetter. Indeed, even if every aging and shrinking mainline denomination were to declare for BDS, it would hardly constitute a tipping point—the mainline church leaders have been among Israeli’s harsher critics for the past forty years. But one could hardly have hoped—I for one thought the Mennonite Church was sure to pass BDS–the comeuppance would arrive so swiftly.

Correction (of Morrison): I quote Seth Morrison quoting Gandhi. However, as Legal Insurrection has observed, there is no evidence that Gandhi said the words Morrison and other BDSers attribute to him 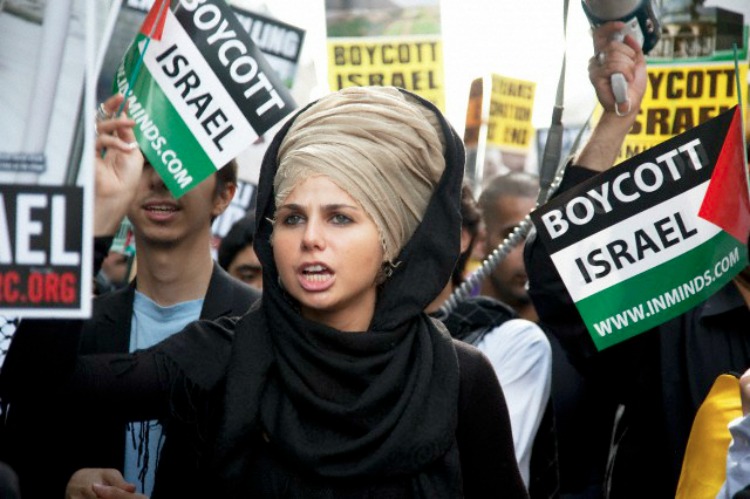