Metaphysical Animals carries the “take that, you guys” subtitle How Four Women Brought Philosophy Back to Life. Its authors, both women, make no secret of their tendentious purpose. Yes, yes; why should they? The precocious quartet of Oxonians were and, unusually for philosophers, remained close friends with largely compatible views until the end of their long lives. All four—Mary Midgley, Iris Murdoch, Philippa Foot, and Elizabeth Anscombe—received appreciative obituaries in academic circles. Iris Murdoch alone enjoyed public fame, less as sage than as bestselling and prolific author. When, as a young woman, she told Ludwig Wittgenstein of her ambition to be a novelist, he gave her a wastepaper basket. As time went by, she made less and less use of it.

The first and slimmest of Murdoch’s novels, Under the Net, featured an admiring caricature of this man, whose personality dominated English philosophy during the 1930s and 1940s and whose shade, though fading perhaps, continues to fall on the subject. Philosophy, Wittgenstein concluded, leaves everything as it is. Few philosophers agree. After Wittgenstein’s death, in 1949, my generation of Moral Scientists (as they used to be called in Cambridge, England) adopted him as the Master whose stoic example would lead the world out from under the tyranny of totalitarian ideologies and the false theses that strutted them. After Pope Pius XII’s silence in the face of the Shoah, Christianity seemed one of the victims of Auschwitz. The future, we chose to claim, would be reasonable and egalitarian, under the aegis of modest and undogmatic people like us.

Philosophy has no unsullied history. The anti-Semitic Martin Heidegger, whom Wittgenstein never mentioned, had been the first, never the last, famous academic to rally to Adolf Hitler, whom he took for a Man of Destiny, just as Hegel (and Ludwig van Beethoven) had Napoleon Bonaparte, until retreats from Moscow punctured both their invincible images. Heidegger was never heard to regret his membership in the Nazi Party. Did his most famous mistress, the young Hannah Arendt, ever quite lose her crush on the author of Sein und Zeit (Being and Time)?

Heidegger survived to play the grandfather of Jean-Paul Sartre’s postwar existentialism, as trendy on the post-1945 Parisian Left Bank as Yves Saint Laurent’s long-skirted New Look was on the right. Typical of philosophers and charlatans, where distinguishable, was Heidegger’s claim that his disciple had misunderstood his version of Being. A.J. Ayer declared that Sartre’s fat anti-Bible, L’être et le néant, was based on misreading the scope of the verb “to be.” Sartre kept it untypically short by replying “Ayer est un con.” (Con is not a nice word.)

Philosophy may be a “game,” as Wittgenstein called it, but it is seldom a friendly one. Its few collaborators rarely cross the finish line hand-in-hand. The most famous pair, Bertrand Russell and Alfred North Whitehead, took years to compile the massive Principia Mathematica, but otherwise had little in common, apart from Whitehead’s wife. Wittgenstein arrived, just before the Great War, to prove to them that they had been wasting their time. Too honest to deny that the young Austrian was right in proclaiming that mathematics was logically circular and could never supply a reliable basis for metaphysical certainty, Russell was also too human not to resent it: There is no mention of Wittgenstein in his History of Western Philosophy (or yet of Heidegger).

The mixed Viennese club (Jews welcome) that came to be known as logical positivism proved more heroic than its founder Moritz Schlick could have guessed. Schlick (assassinated in 1936 by a sexually jealous student) is often presumed, wrongly, to have been a Jew who dared not speak his name. The logical positivists were certainly known to out-shout one another during their coffee-housing, but they had in common a noble fancy that the world could become rational, based on propositions whose truth could be publicly, scientifically, established. The 1930s turned against them. Ideologists, left and right, strutted the stage; big lies trumped small truths; mass murderers put guns to civilized heads.

In 1935, A.J. Ayer’s Oxford tutor, Gilbert Ryle, sent his precocious pupil for a season among the logical positivists. If nothing else, he could learn German, and that Ayer did and more. He returned to insular England in a heat of mimetic enthusiasm for shooting down the pretentiousness of metaphysics. They were, in a key phrase of his handsomely insolent Language, Truth and Logic, “literal non/sense.” Ayer’s recension (not to say plagiarism) of Viennese thinking proclaimed that ethics and aesthetics had no legitimate place in philosophy. They amounted to no more than partisan cries of yes and no. His opinions, no less than their stylish expression, shattered Oxonian complacency and excited the reaction attributed to the four female students whose intertwined lives are recounted in Metaphysical Animals with an entertaining and well-researched sprawl of anecdotage. Rebutting Ayer became an almost frantic sport. It was done by declaring that his “Verification Principle” could not itself be verified. Might he have conceded the point too easily? Do the rules for simple addition themselves have to add up? Ayer spent the rest of his life in ermined eminence, erotic agility, and an unappeased dread of being unmasked as nothing but a pushy little Jew.

The women first declared their mature, corporate femininity in 1956 when, as junior academics, they dared to challenge the Oxford all-male Senate’s proposal to bestow an honorary degree on former President Harry Truman. Their principal and principled objection was that Truman had been responsible for signing the order to drop the first atom bomb on Hiroshima (and the second on Nagasaki), thus bringing the war to an abrupt and merciless end by incinerating tens of thousands of innocent Japanese civilians.

A quasi-philosophical question occurs immediately: Can the acquiescent population of a belligerent power that deliberately commits an act that will, in FDR’s words, “live in infamy” be accused of “innocence”? Did Hiroshima have no place in the armaments industry? Is it relevant that, from 1937 onward, imperial Japan had waged an unprovoked war with all but exterminatory ruthlessness? There followed the deaths of hundreds of thousands of Chinese, the majority civilians.

Truman’s decision was so obnoxious to G.E.M. Anscombe—one of the four, who was Wittgenstein’s Roman Catholic scribe and translator—that she regarded it as a sin. Had the matter been left to the moralizing females, who questions that they would have honored their righteous principles? Truman’s decision, on the other hand, was determined not by personal scruples, or their absence, but by the president’s sworn obligation to uphold the interests of the United States and its citizens. It was not for him to behave as a moralizing individual might. To decide to pursue the war in the Pacific only by conventional means, island by island before an invasion of the Japanese mainland, would have entailed the deaths of perhaps hundreds of thousands of American servicemen. Would that have been “better,” in some metaphysical moral register, than using The Big One? The quartet thought so; but Truman’s decision was presidential, not personal. A long, long list of American casualties that could be avoided would, and should, have weighed more heavily on his conscience than any refined scruples.

Truman’s memoirs carry no regretful afterthought. The question of whether the U.S. should proceed with the development of the hydrogen bomb was also presidential and had to be hard-nosed, in view of the USSR’s likely purposes. Hence Truman’s dismissive description of J. Robert Oppenheimer (father of the Hiroshima bomb) as a “cry-baby” on account of his conscientious objection to taking the next “logical” step in securing the defence and well-being of the United States. Truman’s later conduct confirmed that, as he reminded himself by a sign on his Oval Office desk, “The Buck Stops Here.” The Oxford moralists make no mention of the president’s abrupt refusal of General of the Army Douglas Mac-Arthur’s wish to use the bomb against China, the palpable ally of North Korea in a current war.

Truman immediately fired and retired the five-starry MacArthur, despite his almost mythical place in the war against the Japanese and his subsequent proconsular rule over the democratization of Japan and its enrollment among America’s allies. MacArthur was granted a ticker-tape farewell parade in New York before he faded away. Truman’s action, despite its at-the-time unpopularity, is evidence that neither recklessness nor savagery was an abiding characteristic of the president who stood boldly and unequivocally against the strident menace of the USSR.

In The Sovereignty of Good (1970), Murdoch advocates a neo-Platonism that demands we always tell the truth. A cited instance of that moral rigor has it that, if asked by an S.S. officer whether there are Jews hiding in the house, the requirement to be truthful, even if it leads to the arrest and murder of any old Ann Frank, must override any other consideration. Could there be any more chilling proclamation of the abrogation of personal responsibility? Her nostalgia for some unselfish notion of virtue goes back to Murdoch’s youthful membership in the Communist Party.

Elizabeth Anscombe’s seven children testify to the sincerity of her Catholicism. Reliance on its precepts and her devotion to Wittgenstein inspired her and her always sockless husband, Peter Geach, to give her idol, the scion of the second-richest Jew in the world of his time, a Christian burial. This was of a piece with her co-religionists in Europe in centuries previous, who had had no compunction in sequestering and baptizing the children of deported Jews. When survivors sought reunion with their offspring, they were not infrequently lied to, for moral reasons, about their location or led to believe that they had died. Such is the abiding influence of metaphysics and its castles in the air.

The quartet celebrated in Metaphysical Animals had the common luxury of moralizing without risk of practical consequences. The upper-crusty Oxonian males decided to proceed with honoring Truman, whose appearance excited no known objection among students or citizens. No mention is made of his presidential endorsement of the Marshall Plan, without which Europe’s economy might well never have had its spectacular resurgence.

No one questions the quartet’s right to scrupulous objection. Is it unkind (“inappropriate” is the current cant) to remark that it was based on no undeniably philosophical principle? Is it a slur on these four women to suspect that their parade of moral refinement was not without an element of self-importance, self-advancement even? Failure to consider that possibility, among other complacencies, deprives Metaphysical Animals of a claim to be more than a generous and gossipy encomium.

Frederic Raphael studied philosophy at Cambridge, which provided the source material for his award-winning television series, The Glittering Prizes. He has published novels, histories, works of philosophy, memoirs, letters, and has won an Oscar. 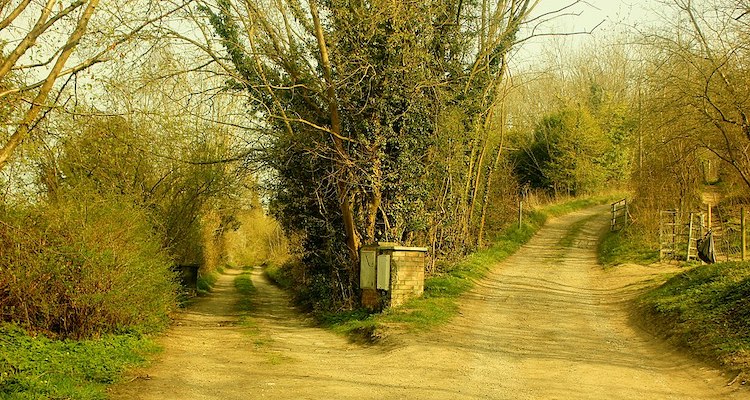