President Vladimir Putin continues to move Russian forces into Syria, transforming his relationship with his ally from one of diplomatic support to active military involvement. Rather than push back on this dangerous escalation, President Barack Obama and Secretary of State John Kerry appear willing to compromise. At a press conference in London, Kerry said:

With respect to Assad and longevity, what I said is consistent with what I’ve always said about Syria that I think the last year and a half we have said that Assad has to go. But how long, what the modality is, that’s a decision that has to be made in the context of the Geneva process and negotiations. We’ve said for some period of time that it doesn’t have to be on day one or month one or whatever.

Kerry’s words defy credibility. Did he really say “Whatever?” As far as Putin and most Syrians are concerned, such dismissiveness signals a lack of U.S. commitment. Kerry is effectively acknowledging that Assad can stay. After all, given how Kerry’s positions collapsed in the face of Iranian intransigence, “some period of time” might just as easily be a decade or two. The Obama position — to negotiate everything — also backfires on the fight against the Islamic State, arguably the chief U.S. interest in the region at present. The initial reason Syrians rose in revolt was because of frustration with Bashar al-Assad’s regime, which was brutal, corrupt, and failed to honor pledges to reform. Initially, many if not most Syrians hoped for Assad’s ouster coupled with a moderate outcome. Assad’s tactics and brutality, however, quickly radicalized the opposition and perhaps the broader population. The murder of 13-year-old Hamza Ali Al-Khateeb — and the widespread broadcast of the photographs of his corpse — was an Emmett Till moment for Arabs in Syria and across the region who might have been detached and apathetic about the conflict. The photographs of “Caesar” simply confirmed the inability of any Syrian to tolerate Assad’s continued presence. That the United States refuses to recognize that reality and considers cooperating with Assad’s chief patron will only catalyze support for the Islamic State (ISIS, ISIL, Daesh) among those still on the fence, while at the same time it will bolster Putin’s recklessness, as he calculates that there is virtually no outrage that Obama and Kerry won’t rationalize and ultimately acquiesce to in the name of diplomacy.

Obama and Kerry may embrace a policy of managed decline for America, but they have less than 500 days remaining in office. Few candidates vying to succeed Obama in either party are as hostile to American strength or as naïve about America’s adversaries. The question for the next administration will then become how to slowly roll back the damage of the last decade.

There are three important differences between Russia’s understandings of international relations and those of the United States that any strategy Washington adopts must recognize. The first is that Putin sees international relations as a zero-sum game. For Russia to win, those it perceives as adversaries must lose. The idea of a win-win resolution is naïve as far as the Kremlin is concerned, even if such solutions are the goal of the United States. Second, Washington sees allies as partners, and independent of American control. Moscow, in contrast, sees allies as client states. It will save Syria but then expect Assad blindly to do Putin’s bidding. Lastly, American officials see talk as the basis of diplomacy. Russian diplomats recognize that silence — and a willingness to cease talking — can be just as powerful a tool. For the United States to win a favorable outcome, it will have to play Moscow’s game better than Moscow, and approach the situation as a zero-sum game. It must seek not compromise, but Russia’s regional defeat.

Russia is on the offense globally. Putin may be illiberal, corrupt, and hostile both to democracy and individual liberty, but he does care deeply about preserving and augmenting Russian power. In less than a decade, he has invaded Georgia and set up proxy states in its occupied territory to do Russian bidding, invaded Ukraine, and both annexed territory and set up breakaway republics to do his bidding. Now, as sequestration devastates the American military and the White House signals indecision, Putin deploys thousands of forces into Syria. Certainly, anyone living in the Baltics should be worried as, even if the United States has the means, its will to prevent another round of Russian aggression is doubtful.

So, in an age of tight budgets and public hostility, how should the U.S. counter Russian aggression and the likelihood that left unchallenged, Putin will only become more erratic and aggressive?

Last week, the Washington Institute’s Anna Borshchevskaya (full disclosure: my wife) penned an important piece in Foreign Policy examining Putin’s thinking and plans for Syria. Borshchevskaya keeps a constant ear not only on official Russia, but also on what intellectual circles and the liberal opposition discuss, and she notes how many in Russia speak about how the Syria deployment is raising the ghosts of Afghanistan. Perhaps that’s a feeling American policy should exploit. In both Afghanistan under the Soviets and now in Syria, Moscow is sending in the military to prop up unpopular governments. And in both cases, the opposition to the Russian forces can be exceedingly brutal in its treatment of prisoners. Russia may not seek a combat role, but Russian planes can be shot down or develop mechanical trouble and Russian pilots could conceivably find themselves in the hands of the Islamic State or the other radical groups competing for Syria’s future. If Putin intends to keep Russian personnel safe, then they will have little influence on the outcome of the war, but their constant presence will be a tremendous drain on Russia’s increasingly dwindling resources.

As Russia overextends, perhaps it’s time to seize the advantage and revisit the lessons of U.S. assistance to Afghanistan: bog Russia down and increase the cost of its action. Obama might seek to slow roll military assistance to the Ukraine, let alone Georgia, but maybe a new administration should prioritize lethal assistance over the symbolic aid the United States has in recent years been more inclined to provide. Russia may not be a democracy, but Putin does need to worry about a domestic backlash to his adventurism. During the Chechen war, “The Committee of Soldiers’ Mothers of Russia” effectively turned public opinion against Russia’s fight, no easy feat given Russian nationalism.

More recently, the Russian press has picked up on the hundreds if not thousands of Russian casualties in Ukraine, as the graveyards around Pskov fill with returned soldiers.

Perhaps Syria is not the place to provide military aid to the opposition (or at least the non-Kurdish opposition), as moderate Syrian Arabs have gone the way of the passenger pigeon. But, rather than simply talk to their Russian counterparts, Kerry’s team or whomever succeeds his tenure should ensure that wherever Russian troops are stationed, those they face have the means and ability to extract a high cost. That doesn’t mean an end to diplomacy, but it would certainly help the American ability to strike favorable deals if the cost of a stalemate and military intervention became too great for even Putin to bear. 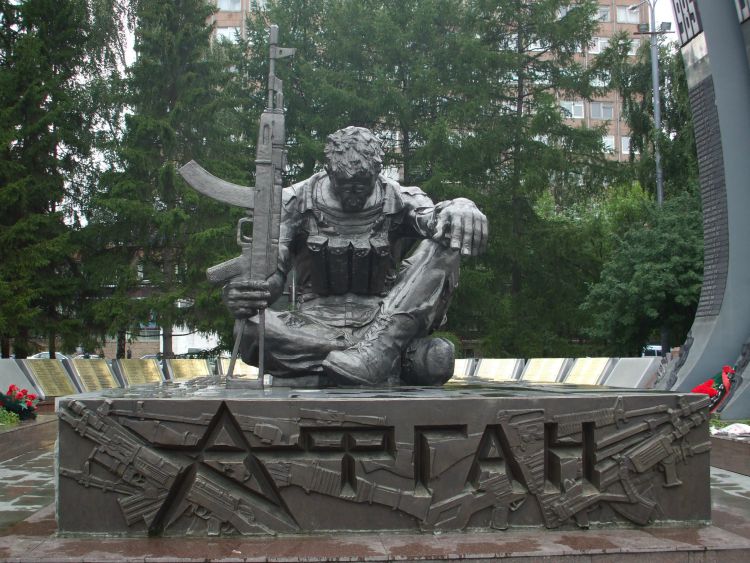